New CEO of FlipKart in India to compete Amazon

The company announced a new organization structure with Flipkart Group organization at the apex level. This newly formed “Group Org” would manage capital allocation across group companies, and ensure each business has a strong CEO in place. The company stated that Ananth Narayanan will continue as CEO of the company’s fashion unit Myntra-Jabong and Sameer Nigam will carry on as CEO of PhonePe, a Flipkart owned payment app.

The trigger for this reshuffle was repeated mark-downs in its valuation by the fund units of Morgan Stanley and Fidelity. The write downs not only stung early investors who bought in at higher valuations, but made it harder for Flipkart to tap the market and raise fresh capital. Investors, led by Tiger Global, were getting increasingly edgy. Adding to the investor’s concerns was the fact that over the past few years Flipkart has seen its lead in the online market space eaten into by Amazon in India.

In the fight to maintain its leadership position in Indian e-commerce market, Krishnamurthy has been credited with outmaneuvering Amazon during the festive sales push from October onwards. His first big assignment after re-joining Flipkart in June was to successfully steer the annual five-day sale event Big Billion Days (BBD). Krishnamurthy achieved this by offering discounts and other incentives on more expensive items like televisions, handsets and home appliances, helping Flipkart achieve better margins than rivals, who paid more attention to volume. Mr. Krishnamurthy had rejoined Flipkart in June last year as head of “category design organization”. He was hired from Flipkart’s largest investor Tiger Global, a New York-based investment firm. Even before he was appointed as CEO to run India’s biggest e-commerce company, Kalyan Krishnamurthy had signalled a change: as head of sales at Flipkart he focused on profitable “big ticket” items, a shift away from the industry’s fixation on growth at all costs. That helped turn around the group’s revenues after a series of valuation write downs, and secured the top job for the veteran of Flipkart’s largest investor, Tiger Global, in a management shakeup last month.

What’s come in handy for Krishnamurthy is his expansive experience in internet commerce firms like eBay, and his execution capabilities, which are lauded by most people who’ve worked with him. Having made a return to Flipkart, his second stint at the Bengaluru-based company, Krishnamurthy’s been tasked with a much wider role this time. Over the past month, India’s e-commerce market leader under his stewardship has taken number of decisions to steady ship and make a journey towards a probable initial public offering in 2018/19. 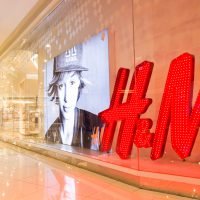