Kanye West has been criticized for almost everything he has ever done in his career. Rap style? Yes. Fashion sense? Yes. Politics? Yes. Who he married? Yes. His sneakers? Yes and especially the distribution of them. If Kanye had things his way, his sneakers business would never have been an issue. It finally seems that his dreams are coming true.

The reason that Kanye West left Nike is that the brand’s CEO Mark Parker did not believe in him. He did not think West could become the next Michael Jordan. So he left. Went to Adidas at the end of 2013 and has grown his footwear empire ever since.

His Yeezy line of sneakers has become the crown jewel for the German sportswear brand, headquartering its own separate branch on an island, or rather a gated, suburban community in Calabasas, California.

From the original hightop 750 version of the sneaker to the wildly popular 350 and subsequent iterations such as the 700 and 500, it is safe to say that Kanye West creating sneakers is no longer a limited-edition, throw-up-a-prayer-and-hope-you-know-somebody situation.

If you want the shoes, you can likely get them on release day. If you can not, they would not be going for much more than retail on the secondary market. And if you miss out all together, Adidas might just re-release the shoes.

That is what happened. A mass restock of various styles from the past year or so hit West’s Yeezy Supply website and Adidas.com and got people excited that they could get sneakers that they missed out on in the past.

This is not the first time Adidas and Yeezy have done a restock.

The “Zebra” 350 v2 was restocked last year, which completely torpedoed the shoe’s resale value. The same has been done for the “Waverunner” 700, and the biggest one to date was the reissuing of the “Cream” 350 v2, where some one million pairs of the shoes hit Adidas’ website in 2018 and was the biggest Yeezy release of all time.

It is unclear whether or not this was a planned restock of the sneakers. If Adidas or West intentionally held them from distribution upon the models’ initial releases. Or if they just made more of them.

Playing with restocks is dangerous. They do give more people the chance to get shoes, but they also make consumers lose faith if they believe a brand is intentionally holding back stock.

Look at what Jordan Brand used to do in 2014 to help make numbers at the end of the quarter: Drop a bunch of shoes everyone thought were long gone.

It also makes people lose faith in a line if they can resell shoes for a certain amount and then the prices drop because of the brand artificially manipulating the market.

It also can build more buzz around a shoe if it is reselling for $800—everyone will want it. So when they re-release six months later, everyone believes it’s a better than shoe in reality.

One thing’ is for certain: Adidas is bringing the hope of “everyone who wants Yeezys will have Yeezys,” which West roughly said in 2014.

Back then not many people believed him or knew what that would look like. The first few Yeezy models with Adidas were so limited in scale. Only a few thousand pairs of the first shoe were rumored to have been made.

That is also what made the sneakers cool. Sure, people wanted to associate themselves with West and anything he has done. But having a shoe that no one else has—or is willing to spend thousands of dollars on—was a status symbol.

West has become his generation’s Michael Jordan, at least in terms of footwear. In a Forbes story, it was revealed that his Yeezy business is on its way to $1.5 billion, while Jordan Brand is at $3 billion.

West owns 100 percent of his company. The same can not be said for Jordan. On top of that, West gets 15 percent royalties per sneakers. It’s believed Jordan gets five precent.

Oddly enough, the Yeezy has become the go-to replica sneaker in this day and age. Long gone are Spongebob Jordans. They have been replaced with Yeezy knockoffs that you can buy at a cornerstore and say “Sport” instead of “SPLY” on the side.

Kanye wanted his sneakers everywhere and he spoke that into fruition. He probably never imagined how true it would become. 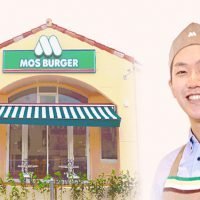 Japan's Mos Burger heads to the Philippines
Next Article 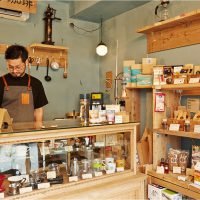