Indonesian start-up Raena has inked $1.82 million in seed funding, as the social media influencer and e-commerce platform looks to grow within Southeast Asia and beyond.

The fundng round was led by Beenext, with participation from Beenos, Strive and the personal offices of Shailesh Rao, a TPG Growth partner, as well as Sanjay Nath, managing partner of Blume Ventures, according to a report by TechCrunch.

Launched in April this year by founder and CEO, Sreejita Deb, Raena was initially birthed as retailer of Japanese and Korean beauty brands to Indonesian customers.

Following the success of the niche brands, Deb, who previously held positions at Amazon and Google, decided to evolved Raena into a social media influencer retail platform, helping influencers launch their own e-commerce brands in Southeast Asia.

To do so, Raena partners with influencers, offering resources and guidance for product building and branding; leveraging off the influencers’ already established social media following.

The company only takes on influencers that have at least 500,000 subscribers on YouTube or Instagram, and has had dealings with influencers with as many as 6 million followers. Raena’s portfolio currently boasts seven influencers for a collective following of 12 million.

“While individual influencer led brands such as HUDA Beauty, Kylie Cosmetics have seen success, we felt the larger opportunity was to build an underlying infrastructure of capital, suppliers, operations, content, and marketing best practices and distribution that any influencer could tap into to launch their own brand,” Deb told DealStreetAsia.

“As early investors in companies such as Bukalapak and BerryBenka, we have been noticing the rising trend of social commerce in Southeast Asia and India. In addition, these markets are under-penetrated by global CPG brands and incumbents are iterating at a very lethargic pace,” Deb continued.

“Raena is well poised to capture this market by building social-first brands along with top influencers, and we are very excited to work with Sreejita again in this journey,” added Strive partner Nikhil Kapur.

By 2022, Indonesia’s e-commerce market is set to grow eight-fold to US$40 billion, with social commerce platforms bringing in an additional $25 billion, according to a report by McKinsey. 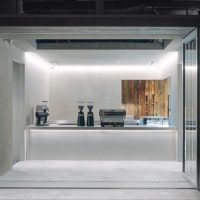 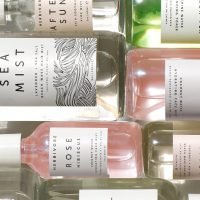