Kering, the global luxury group, announced the opening of its new headquarters in Japan, located in Omotesando, Tokyo.

Omotesando is a key area for the Kering Group and its brands, with Gucci, Saint Laurent and Boucheron stores already situated on its main avenue. Alexander McQueen relocated to the area in September 2020 and Balenciaga will be opening one of its largest stores worldwide in November 2020. In 2021, Bottega Veneta will open a new flagship designed by Creative Director Daniel Lee, on the first three floors of the Kering Building.

Previously the Japanese headquarters of an Italian luxury brand, the building was acquired by Kering in 2019 with the support of a real estate partner. Initially designed in 2004 by Pritzker winning Japanese architect Toyo Ito, its unique façade resembles the Zelkova trees that line the Omotesando avenue and forms part of the main structure of the building and has been a city landmark for more than 15 years.

Kering’s new place in Japan is more than just an office building: it represents the group’s vision and philosophy. The name Kering, pronounced ’caring’, reflects how the group sees its relationship with its Houses, employees, customers, and stakeholders in general – as well as with the environment. In the dialect from France’s Brittany region, where the group has its historical roots, ‘ker’ means ‘home’ or ‘a place to live’.

In the new Kering Japan building, four floors are devoted to office space, with the interior designed by architect Fara Taraie creating a welcoming environment. By incorporating elements of nature into the design concept, the space feels like a truly “Japanese home” for the Kering Group.

“It is where European and Japanese cultures cross paths, and where Japanese heritage meets modernity. It is a meeting place for these different elements and where they all come togetherm,” said Taraie upon creating this unique space.

Neutral colors and traditional Japanese interior features, such as Shoji (sliding wooden panels with paper) and Engawa (passageways) are all part of the design approach, along with the use of natural and recycled materials, while PVC is completely absent for sustainability reasons. Artworks by female Japanese artists have been placed around the office area, reflecting Kering’s worldwide commitment to supporting women in the arts and culture, namely through the Women In Motion program.

Along with the office areas, the building also has a dedicated space on the 6th floor, where Kering and its Houses will be able to host a range of events, such as Women In Motion talks and Sustainability events. First up will be a Women In Motion talk with Japanese female movie director, Naomi Kawase, celebrating the release of her new film True Mothers, with leading actress Hiromi Nagasaku, and leading actor Arata Iura. The event will be broadcasted on Kering’s official website and YouTube channel.

The rooftop terrace on the seventh floor is a space surrounded by nature. “Inspired by Kering’s iconic owl, I designed a ‘nest’ that a bird might have created on top of the building,” said architect Taraie.

This beautiful terrace, with its panoramic view of Omotesando, also embraces the nest theme in the choice of furniture, with egg-shaped chairs. The space is home to seasonal plants and flowers that are popular in both Japan and France, such as the lavenders that can also be seen in the beautiful gardens of Kering’s Paris headquarters in the former Laennec Hospital, built in the 17th century. This is a rooftop terrace where you can feel close to nature, within a unique space that has been created to feel like a Japanese home. It is also where a community will be formed organically among the people nesting there.

SEE ALSO : Kering announces financial results for first half of 2020

“We are very proud of our new headquarters in Japan, a historic and strategic country for the Group and its Houses. We want this place to be more than offices. Reflecting who we are as a luxury Group, this unique building is a place for creativity. Here, in this iconic building, we hope not only to welcome our visitors, but also to create a spirit of inspiration, audacity and innovation, and to showcase both our vision and our expertise,” said François-Henri Pinault, Chairman and Chief Executive Officer. 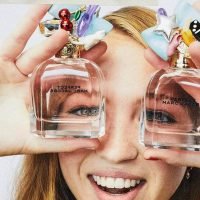 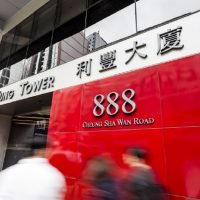