South Korea said it will double the size of key food industries by 2030 to serve as a new growth engine by easing regulations and revamping related policies.

Under the plan, South Korea plans to focus on five major foodstuff industries, namely customized, functional, ready-to-eat, environmentally friendly and export-oriented products, according to the Ministry of Agriculture, Food, and Rural Affairs.

Among others, Seoul said it will promote the customized foodstuff market to meet various needs, ranging from patients to elderly citizens, according to the ministry.

Those aged 65 and older are expected to account for more than 20 percent of the  population in 2025.

As for functional food, South Korea will ease regulations to have such products display benefits on packages as long as they are scientifically verified. Seoul will pave the way for local supermarkets to freely sell such products, helping producers to sell them through a wider scope of platforms, it said.

Similar measures will be applied to the ready-to-eat segment.

To promote exports, South Korea will make efforts to lower trade barriers in emerging markets, helping related companies to ease their dependency on traditional markets, such as Japan and China.

It will help food companies to establish retail networks in Russia and Central Asian nations, and help them to set eyes on new markets.

Seoul will pave the way for South Korean firms to win halal certificates, which are granted to products prepared in a specific way according to Islamic Shariah law, to penetrate deeper into Indonesia, the agriculture ministry said. 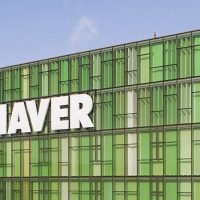 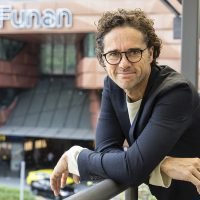 EXCLUSIVE INTERVIEW with Stephen Jones, the mastermind behind Funan