Mini-Me dressing: a gold mine opportunity

The luxury childrenswear market is forecast to reach $6.6 billion in 2018, up by 3.8 percent year-on-year, presenting ample growth opportunities as spending power increases and parents dish out upwards of $500 for a pair of miniature Gucci loafers to match their own.

Brands from Gucci and Balenciaga through to Burberry have their own multi-million dollar childrenswear lines (the latter made £117 million in revenue in 2017, about $153 million) which largely shrink runway looks from ready-to-wear collections to fit young children rather than designing them from scratch, hoping to bank on a mother’s desire to wear matching pieces with her daughter.

But putting celebrity power to one side, as Kim Kardashian West signaled that mini-me dressing is once again big business by stepping out in a matching outfit with her daughter, what else is driving this phenomenon that seems to reappear every few years? 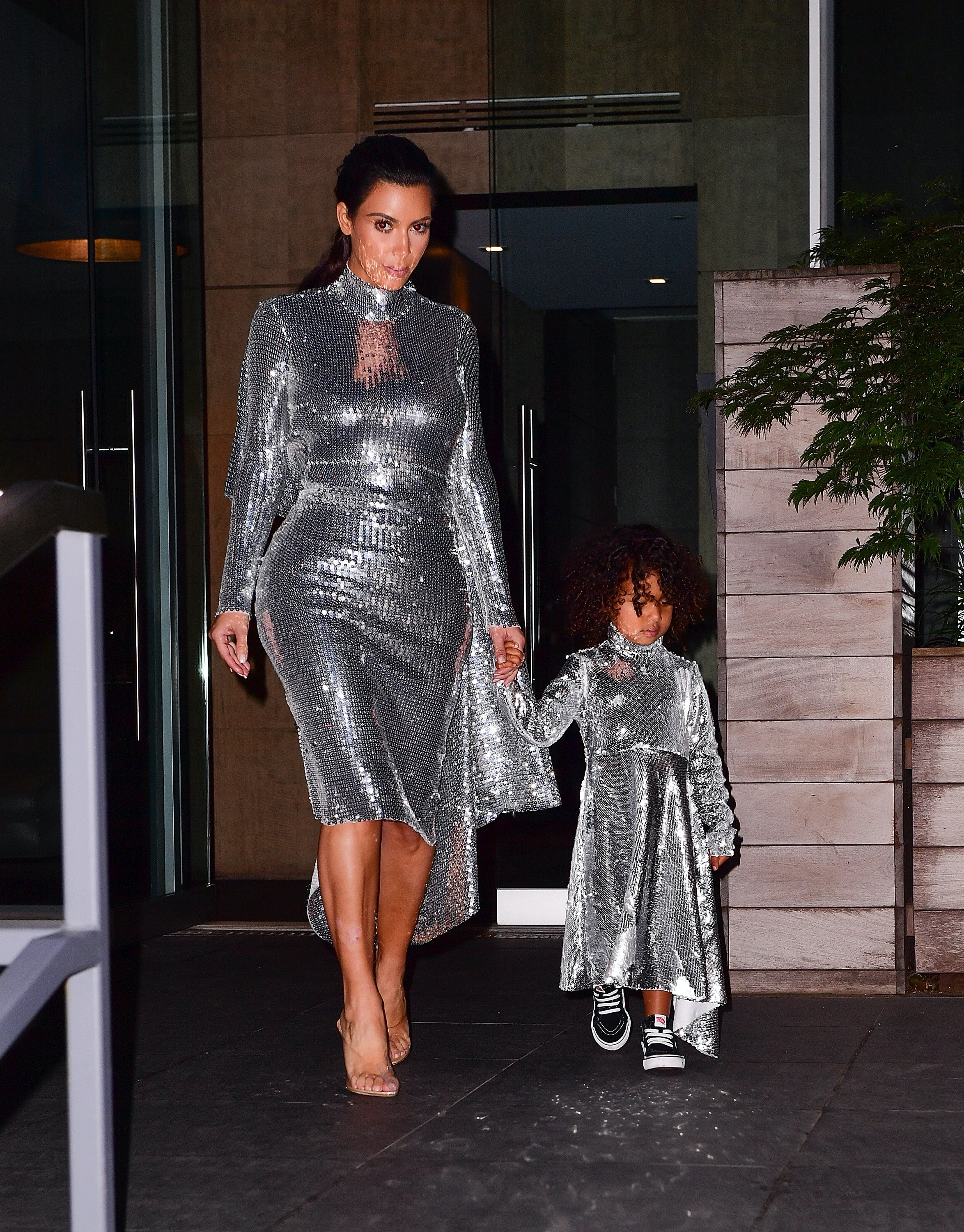 “Childrenswear is increasingly trend-oriented,” says Nathalie Christen-Genty, the founder of Paris-based Melijoe, the luxury e-commerce site dubbed “the Net-a-Porter for childrenswear.” “A few years ago, childrenswear was dictated by just a few kids-only brands and parents’ motivation to buy was first and foremost driven by practicality,” meaning pieces for children were designed specifically for them with a timeless and classic design in mind.

In the recent past, matchy-matchy ensembles were considered passé, reminiscent of bygone eras like the 1960s when women would make garments for themselves and their children from the same piece of fabric.

When luxury brands began launching childrenswear lines in the 2000s, “they didn’t think it would be big business,” says Giuliana Parabiago, a consultant at Pitti Bimbo, a key international childrenswear trade show where the latest trends are often discovered. They would use past-season styles that would be delayed by six months or a year, she says, but now childrenswear and ready-to-wear runs at the same speed. “This new generation wants to be young — and matching.”

For the current season, stand-out pieces include a velvet bomber jacket with horse embroidery and a pair of suede ankle boots — mini-versions of products creative director Natacha Ramsay-Levi sent down the runway.

“The pieces which are obviously Chloé, [for instance] the horse pattern, tend to perform better,” says Geoffroy de la Bourdonnaye, the brand’s chief executive who credits the success of mini-sized versions to the fact that some “mothers take pride in seeing their daughters look like themselves” and that others want “to share the brand’s DNA of being ‘free’ with their children.”

“The [childrenswear] business has consistently grown for the last eight years,” he adds. “The countries that spend a lot of money to dress their kids tend to be Russia and the Middle East, along with China. Countries in Latin America also invest in their kids.”

While Chloé’s relationship with its licensee means there is constant contact with the ready-to-wear design studio and the capacity for CWF to select the runway pieces it wants to adapt for children, Dolce & Gabbana’s approach was to take its line in-house allowing it to have complete control like Ralph Lauren, Burberry and Dior Baby who also go it alone.

However, such arrangements are still unusual; most luxury brands sign with a handful of specialist licensees. Simonetta produces childrenswear for Balmain and Fendi Kids; Kidiliz Group has the license for Kenzo Kids, Paul Smith and Levi’s Kids; and Brava Kid takes care of the brands under the OTB umbrella which include Diesel, Marni and Trussardi Junior.

The reason that the license route is so popular is that childrenswear requires an expert hand since it is not as simple as it may seem to scale down a garment pattern to fit the body shape of a child. The specialist experience on offer by the licensed manufacturers means they also understand intuitively how to make an outfit appropriate for children.

The movement has also helped drive childrenswear into the same trend cycle as womenswear as brands respond to demand by bringing out more novelty.

“Children’s lines [now] have their long-awaited collections as much as the ready-to-wear for the parents,” says Emi Ozmen, the mother of one of the child vloggers behind Silver and Lux. 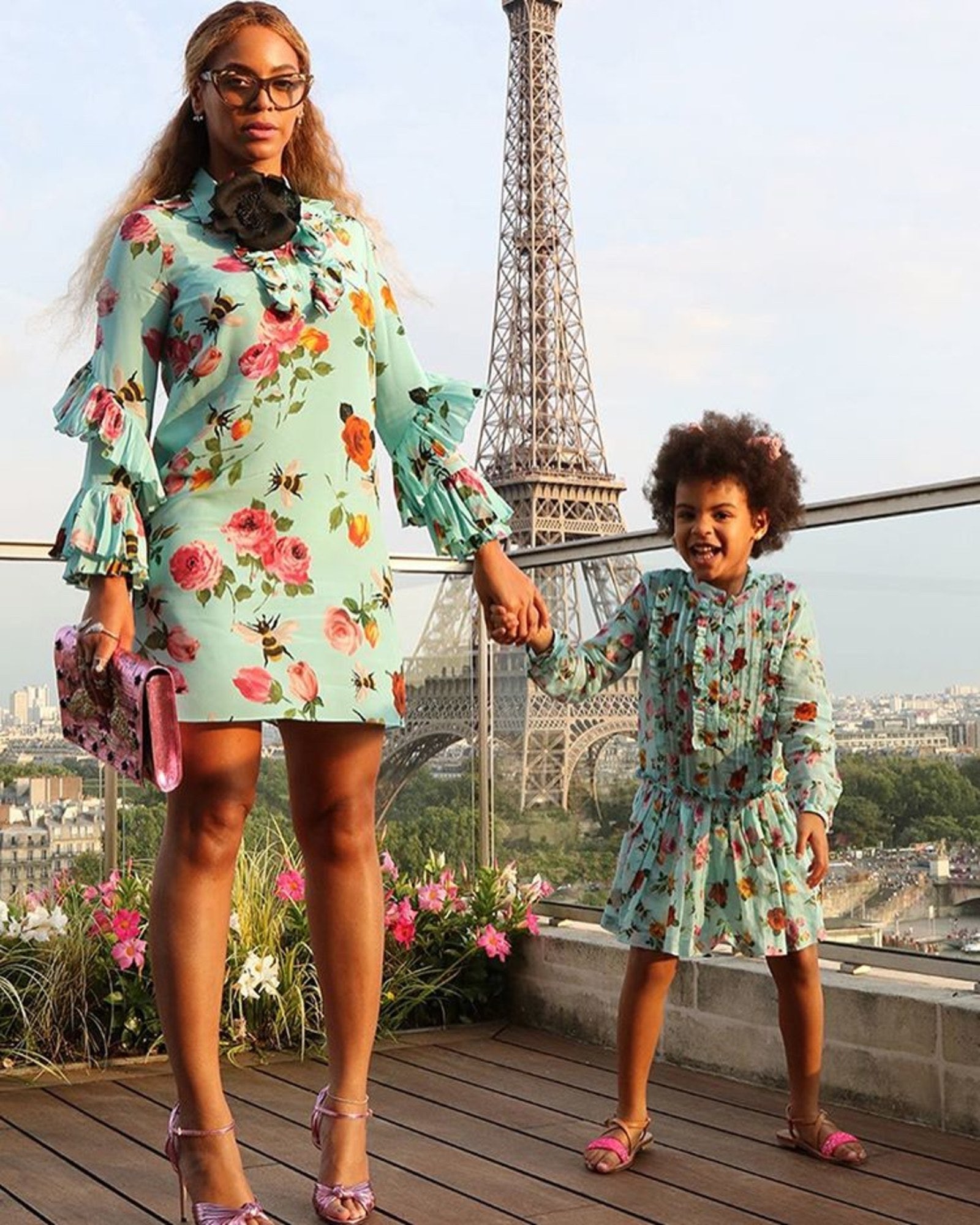 Dolce & Gabbana launched a four-week kids pop-up at Net-a-Porter, including a £1,100 tiered fil-coupé silk-blend dress for ages two to six, a £775 satin-trimmed brocade suit for ages two to five and an array of handbags and footwear.

However, not everyone sees the trend as a harmless way for kids to bond with their parents; some find it incredibly uncomfortable and question the subtle messages it seems to underscore.

“Two troubling phenomena converge in this mommy-and-me thing,” said Natalia Mehlman Petrzela, an associate professor at the New School in Manhattan. “There’s the infantilisation of women to look like little girls and, on the flip side, [the pressure] for young girls to always look older— to wear bikinis and crop tops.”

Some mini-me dressing is criticised as a gimmick; there is a fine line between matchy-matchy dressing and ill-fitting clothing to be worn once and thrown away.

In August, the brand launched a mini-me line of dresses for girls with the design remaining unmodified bar reducing the size — the crepe dresses have a timeless feel to them. “Again, it depends — I’m not going [to do] a pink bomber jacket. There’s going to be a distinction between viable mini-me childrenswear and the theatrical element.”

Foraying into theatre is something SemSem founder Abeer Al Otaiba is also weary of.

The Emirati entrepreneur launched the brand after seeing a gap in the market — there was an absence of stylish yet understated occasionwear for mothers and daughters. “It’s more of a lifestyle, and mothers in [markets like Russia and the Middle East] enjoy elegant pieces for themselves and their daughters all within one brand. It’s unique to find a brand that caters to both,” she says.

SemSem’s Spring/Summer 2019 collection features matching lamé mother-daughter dresses and shirt dresses made from the same cotton fabric. Rather than shrinking women’s dresses to children’s size, Al Otaiba prefers to play around with fabrics and silhouettes.

Yet, social media and Instagram influencers continue to be the main driver of mini-me mother-daughter dressing.

While the trend has long been popular in the Middle East and Russia, it has rapidly expanded to the US thanks, in part, to celebrities like Beyoncé, whose Instagram in matching Gucci with her daughter Von der Goltz cites as an example of celebrity culture popularising mini-me.

Indeed, mommy-and-me looks drive likes and engagement, becoming good reasons for multi-brand retailers such as The Tot, a Dallas-based childrenswear store founded by Nasiba Adilova, to approach companies and ask for small-sized pieces of womenswear best-sellers.

“The era when childrenswear was entirely functional is over,” says Christen-Genty. “It’s now firmly in the territory of fashion.” 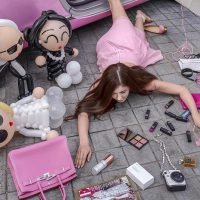 Have you heard of the "Falling Stars Challenge"?
Next Article 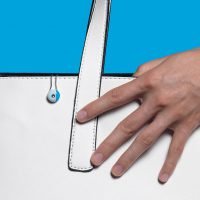 What is the skincare product available at Apple store?