In February 2018, Shin was sentenced to 30 months in prison on charges of offering bribes to Park’s confidante to win a license for Lotte’s duty-free business. He was also accused of bringing financial losses to Lotte Group by signing off favorable deals to his family-controlled company. He was released after the appeals court suspended his sentence. Shin became a free man after the final ruling.

The leadership is first expected to focus on the 8.9 trillion won (US$7.54 billion) overseas business.

The retail giant in 2017 saw its overseas sales decline 7 percent after incurring the wrath of China by yielding its land for a U.S.-backed anti-missile shield, a decision Beijing vehemently opposed for national security reasons. Lotte was forced to withdraw its supermarket business in China after 11 years of operation in the face of a crippling state-sponsored boycott.

The conglomerate has since slowly recovered after its pivot to Southeast Asia. Its sales in Indonesia, Malaysia, Vietnam, and the Philippines now make up 58.4 percent of its total global operations.

Lotte is also poised to ramp up its M&A drive to expand its presence beyond Asia. Shin, who took the helm of the family-run empire in 2010, established his leadership by striking a series of billion-dollar deals. In 2012, the group acquired the electronic appliance retailer Hi-mart for 1.25 trillion won. In 2015, it bought the New York Palace Hotel for 950 billion won and a chemical unit of Samsung for 3 trillion won.

But the pace of buyouts sharply slowed when Shin started facing investigations from prosecution in 2016. Lotte had closed four deals that year but its biggest acquisition stopped short at 165 million won.

Lotte Group is now expected to accelerate the listing of its hotel unit to complete its holding company structure. The group currently controls its domestic operations via Hotel Lotte. The hotel is owned by Lotte Holdings, the holding entity of Lotte companies in Japan, which in turn is owned by the Japanese packaging firm Kojunsha.

Lotte has been seeking to streamline its governance by shifting to a holding company structure. It launched the holding entity Lotte Corp. in 2017 but its efforts to take Hotel Lotte public were suspended in 2016 following Shin’s legal fight.

It remains to be seen whether Lotte would be able to continue its duty-free business at Lotte World Tower, a cash cow that brings the company revenue of 1 trillion won a year. Under the customs rule, any business confirmed to have acquired a duty-free license through illegitimate means must give up its operation rights. 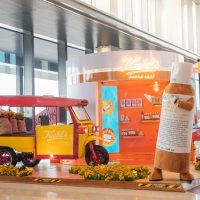 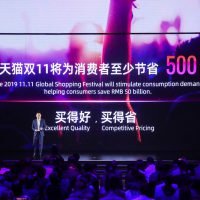