Facebook has announced a digital currency called Libra that will allow its billions of users to make financial transactions across the globe, in a move that could potentially shake up the world’s banking system.

Libra is being touted as a means to connect people who do not have access to traditional banking platforms. With close to 2.4 billion people using Facebook each month, Libra could be a financial game changer, but will face close scrutiny as Facebook continues to reel from a series of privacy scandals.

US lawmakers were quick to raise privacy concerns about the new currency. Shortly after Facebook’s announcement, the congresswoman and chair of the House Financial Services Committee, Maxine Waters, called on the company to put a stop to the project until Congress and regulators could review it. She also called on company executives to testify before the committee.

“Facebook has data on billions of people and has repeatedly shown a disregard for the protection and careful use of this data,” Waters said in a statement.

“With the announcement that it plans to create a cryptocurrency, Facebook is continuing its unchecked expansion and extending its reach into the lives of its users,” she continued.

Technology to make transactions with Libra will be available as a standalone app – as well as on WhatsApp and Facebook Messenger platforms – as early as 2020. It will allow consumers to send money to each other as well as potentially pay for goods and services using the Facebook-backed digital currency instead of their local currency.

But with the company in the crosshairs over multiple privacy violations, the move is already attracting scrutiny from financial regulators and privacy advocates across the world.

Facebook is currently facing a potential $5bn (£4bn) fine from the US Federal Trade Commission (FTC), which opened an investigation in response to the Cambridge Analytica revelations first reported by the Guardian and Observer.

US and UK officials have previously expressed concern about Facebook’s move into the financial sector. Members of the US Senate committee on banking, housing, and urban affairs wrote to Mark Zuckerberg, the Facebook CEO, asking him to answer questions on privacy concerns and financial regulation.

“It is important to understand how large social platforms make data available that can be used in ways that have big implications for consumers’ financial lives,” the letter said.

“It is also important to understand how large social platforms use financial data to profile and target consumers,” it continued.

Facebook executives claim the Libra system will help the many millions of people without bank accounts but with access to mobile phones to enter the banking world and to more seamlessly send money.

While Facebook created the currency, decisions regarding the ongoing maintenance of the Libra platform will be carried out by the Libra Association, a collective of dozens of financial, not-for-profit companies, and commerce firms.

To join the new Facebook subsidiary, each of these companies contributed a minimum of $10m to the venture, giving the company more than $1bn to put towards the new currency.

The foundation will be headquartered in Geneva and Facebook claims it will be independent from governments and the company itself.

In a document outlining how the new cryptocurrency will work, Facebook said its goal is to foster more access to “better, cheaper, and open financial services”. Unlike bitcoin and other cryptocurrencies, Libra is tied to a mix of global assets to prevent the level of volatility common in the digital currency space.

Facebook built the currency on its own blockchain technology – the encrypted technology used by bitcoin and other cryptocurrencies – in order to scale to more users more quickly.

Traditionally with cryptocurrency, the network can be run and secured by anyone with a computer access. But initially, Libra’s blockchain will be closed, and only a select number of people will be able to run the software that powers it and verify transactions.

The company has been quietly padding its staff with ex-PayPal executives and crypto experts for years, and its entry into the digital currency space threatens to potentially upset traditional banking institutions.

Facebook claims it aims to supplement existing institutions and allow users who may have access to mobile devices but not bank accounts to enter the banking ecosystem, citing its partnerships with Women’s World Banking and other non-profits.

“These kinds of groups will help us improve on the mission of financial inclusion – in the long term this project will be seen as a financial utility,” said Kevin Weel, vice-president of product at Facebook.

“This has no intention of substituting itself for the large central banks,” he continued.

The platform will roll out over the next year with the goal of users being able to send money on it by 2020. Cryptocurrency advocates say a company as large as Facebook entering the space is a huge gain for adoption of the technology.

Bitcoin entered the world more than 10 years ago, but very few people use it on a daily basis, said Jerry Brito, the executive director at Coin Center, a Washington DC not-for-profit cryptocurrency advocacy group.

The company faces a number of potential regulatory roadblocks before it can reach consumers. In April 2019, Zuckerberg met the Bank of England governor, Mark Carney, and the US Treasury to discuss the payment system and potential regulation surrounding it.

The company claims it will not attempt to bypass existing regulation but instead “innovate” on regulatory fronts. Libra will use the same verification and anti-fraud processes that banks and credit cards use and will implement automated systems to detect fraud, Facebook said in its launch.

It also promised to give refunds to any users who are hacked or have Libra stolen from their digital wallets.

Facebook claims financial transactions will remain siloed from social media activity and that user ad profiles will not be based on Libra habits, but critics say the new project has a number of privacy implications. 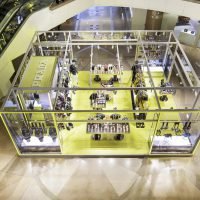 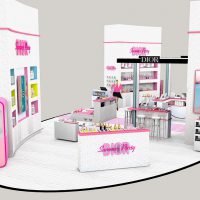