Microsoft is taking aim at Amazon.com with the development of technology that would eliminate the need for cashiers and checkout lines.

It’s a challenge to Amazon’s automated grocery shop, according to Reuters.

Microsoft has shown the idea to retailers around the world and has had talks with Walmart about a potential collaboration on the technology that tracks what shoppers add to their carts.

Technology used at the store scans customers’ smartphones at a turnstile as they enter. Sensors then keep track of items that enter or leave a customer’s cart.

Microsoft already competes with Amazon in selling cloud services that are important for running e-commerce sites.

According to Reuters, it is not clear how soon Microsoft would bring an automated checkout service to market, if at all, or whether its technology would be the answer retailers are looking for.

“This is the future of checking out for convenience and grocery stores,” Gene Munster of Loup Ventures told Reuters.

The venture capital firm estimates the U.S. market for automated checkout is potentially worth $50 billion. Cashier is one of the most commonly held jobs in the United States.

Neither Microsoft, Amazon nor Walmart would comment on the Reuters report. 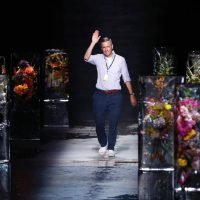 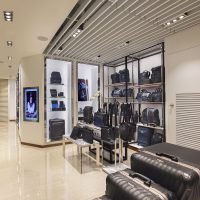