Yum China Holdings, Inc. announced the opening of a new Taco Bell store in Beijing, its first store in the capital city. The new store, located in Beijing’s Liangmaqiao district, opened its doors to the public on 21st August.

“After much anticipation we are thrilled to bring this iconic brand to Beijing. The new store integrates Taco Bell’s signature food and spirit into the local community and we are excited to welcome new and existing Taco Bell customers. We believe that there is a growing appetite for Taco Bell, and we will continue to review and refine Taco Bell’s service model and offerings for the Chinese market. We also look forward to bringing this fun and dynamic brand to other parts of the country in the future,” said Joey Wat, CEO of Yum China.

Beijing’s first Taco Bell is located near the heart of the city’s CBD in a prime international and cosmopolitan neighborhood. The Beijing store reflects Taco Bell’s reputation as a culture-centric, lifestyle brand that provides craveable and value-for-money Mexican-inspired food with bold flavors. Similar to Taco Bell’s existing stores in mainland China, this new store features many of the brand’s signature menu items, such as nachos, tacos, quesadillas and burritos, some of which have been adapted to local tastes. In addition, customers can also try new menu items developed exclusively for the Chinese market such as the rice bowl, seasoned bone chicken and taco pizza.

Taco Bell has attracted a loyal following since entering mainland China via Shanghai in 2016. In addition to the new Beijing location, the restaurant chain has also recently launched in Shenzhen and Ningbo. Taco Bell currently has 11 stores across mainland China and Yum China will continue to explore opportunities to further grow the brand. 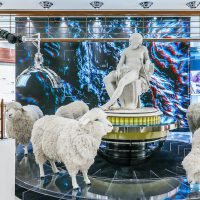 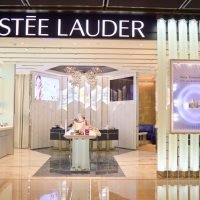