Sri Lanka’s Spa Ceylon Ayurveda retail and spa company has opened nine new points of sale in Asia, including business with standalones, kiosks and airlines since it exhibited at last May’s Tax Free Asia Pacific show and it is expecting five more new presences in early 2017.

Spa Ceylon says this progress follows the debut presence of its range of body, bath, beauty, aroma and wellness products to travel retail, which has been built on ‘success in downtown retail’.

Commenting on the offering, company management said: “The all natural range of products offer a fresh new aspect to travel retail through Ayurveda-based formulae, using exotic herbs, fruits and minerals from their island home of Ceylon.”

SEE ALSO: This is the fastest growing category in travel retail

The company describes the core of its travel retail offering based on wellness and impulse. It adds that the wellness ranges such as ‘Sleep, De Stress and Detox’ offer an array of products suited for travel weariness and wellness needs.

Spa Ceylon’s management says it has continued to grow its global foot print within travel retail and downtown retail with the opening of its first retail store in Tokyo in October 2016, followed by a 3,000 sq ft flagship store in Tokyo’s premium shopping district in the Ginza in November 2016.

A further 10 locations are planned in the next calendar year in Japan and Spa Ceylon also intends to expand rapidly over the next 24 months, reaching a milestone of 100 stores internationally by 2018, across 20 countries. 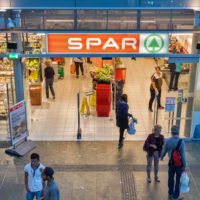 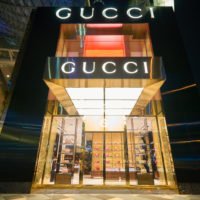