South Korea’s Paris Baguette is expanding across North America with the opening of its first-ever locations in Canada this year.

The French-influenced bakery-café chain is looking for franchise opportunities in Canada’s largest city, Toronto, prompted by the steady growth of baked goods in the nation, which lies north of the U.S.

“At our core, Paris Baguette is a bakery that is French- inspired and innovates through global influences. Our rich history of more than 70 years in the baking business, coupled with our global identity, are sure to resonate with the diverse population of Toronto. Fast casual restaurants continue to outpace industry growth and we see a great deal of opportunity for business owners in this urban market,” said Gregg Koffler, Vice President of Franchise Sales and Development, in a press release.

In Toronto, Paris Baguette said it plans to strengthen its presence as a global franchise, a model that has a history of “strong average annual sales, proprietary recipes and an engaged leadership team,” for franchise partners in Canada. In the coming months, Paris Baguette said it would search for multi-unit owners and area developers that fit with the franchise chain’s mould.

“We offer versatile store footprints and our concept succeeds in a variety of environments, from urban centers to suburban shopping centers. Though the restaurant industry is facing unique challenges at this time, we are seeing positive steps being taken to support our industry and business owners. Based on this outlook, we are bullish about the long-term prospects of owning a Paris Baguette franchise and are eager to meet with the best-in-class operators in this city,” continued Koffler.

Founded in 1986 by Hur Young-in, Paris Baguette is today owned by SPC Group and is headquartered in Seonnam-si. It currently operates more than 82 corporate and franchise bakery-cafés throughout the U.S., and over 3,500 internationally. 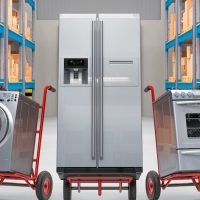 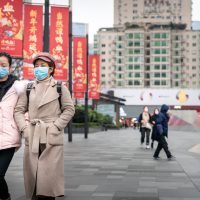 How is China’s consumer market recovering from COVID-19?