Fashion retailer Forever 21 is shutting down its Causeway Bay mega flagship store, billed as the most expensive commercial store by rent in Hong Kong.

The iconic location on Jardine Crescent, which serves as a meeting point for young locals who seek to avoid the hordes of mainlanders outside Sogo, will be taken up by Victoria’s Secret.

Media reports say the US lingerie chain, which is well known for its sexy bras and gorgeous models, has inked a 10-year lease for the 51,188-square-foot property at HK$7 million a month. That is almost half what Forever 21 is paying now in monthly rental for the six-storey retail space.

The fashion retailer is coughing up about HK$13.8 million per month, making the space the most expensive of the firm’s over 500 outlets in nine countries, after signing a six-year lease in 2010.

To get the prime property, Forever 21 was said to have offered a 100 percent increase in rents that started at HK$11 million, helping it dislodge long-time tenants such as Giordano, Watson and Café de Coral. That lease will end next August.

With its decision now to move out of the premises, the US fast-fashion chain has joined a group of foreign brands such as Coach and Gap that have stopped expanding in Hong Kong due to a weak retail sector outlook amid a fall in mainland visitor numbers to the city.

Last year, Coach made a multimillion-dollar payment to walk out of a lease at Hing Wai Building at 36 Queen’s Road in Central. The 13,000-square-foot shop was then taken up by Adidas for HK$4.34 million a month, significantly less than what Coach had been paying.

But this year, Gap has discontinued its Mongkok shop in MPM Plaza, according to Apple Daily. Meanwhile, Forever 21 moved across to Mongkok in September, opening a 19,000-square-foot outlet at the Pakpolee Commercial Centre, its second outlet in Hong Kong.

Now, coming back to the new tenant that will replace Forever 21 at Capitol Centre in Causeway Bay, the question for Victoria’s Secret is this: how many sexy bras will it need to sell to be able to pay the rent?

Assuming an average HK$500 price for push-up bras, the premium lingerie maker would need to sell at least 466 bras per day to meet the rent.

As rent usually accounts for a third of the cost of sales, that would mean that Victoria’s Secret will have to peddle 1,400 bras per day before making a single dollar of profit.

In other words, they need to sell more than half a million bras in one store alone in a year. Over the 10-year rental period, the store will need to sell over 5 million bras, something we would imagine wouldn’t be too easy. 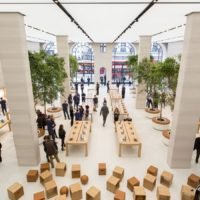 Are Apple Stores the new town squares?
Next Article 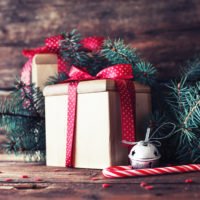 6 ways retailers can prepare for the holidays