Mongolia gets its first big box E-mart this July

South Korea’s E-Mart Inc., a unit of the country’s retail giant Shinsegae Group, will open its first store in Mongolia on July 28 in hopes of boosting not only its sales but also exports of Korean-made goods to the country.

The upcoming opening of E-Mart in Mongolia comes after the Korean big-box-store operator signed a contract with Sky Trading LLC, a retail unit of trading firm Altai Holding LLC in Mongolia, in October 2013 to share its 20-year retail expertise and export its brands and products in return for royalties.

The first E-Mart in Mongolia will be located at the center of Ulaanbaatar, the capital and the largest city of the country, covering a floor area of 7,590 square meters. It is the first and biggest hypermarket ever built in the country, comprising not only a shopping area but also other various stores including a bank, an auto repair shop, a kids’ café and a hair salon.

With the opening of the first store in Mongolia, E-Mart expects its exports to the country to reach up to 4.5 billion won ($3.97 million) this year. In the first half of this year, the Korean retailer has exported around 2.7 billion won worth goods to the country. It has been also shipping products of Korea’s small- and medium-sized companies to Mongolia since 2014. 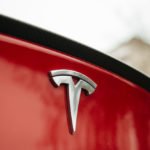 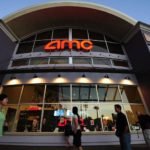