SEE ALSO : Gap appoints new CEO
Interim Chief Executive Officer, Bob Fisher, commented, “While fiscal 2019 was a challenging year, I am proud of our teams and their commitment to Gap Inc. Thanks to their efforts, we began to see stabilization in our business in the fourth quarter, driven primarily by improvement in Old Navy’s performance. The current environment presents new challenges, but I am confident in Sonia’s leadership and her ability to deliver the transformational change required.”

Included in the fourth quarter reported results was an impairment charge of $296 million related to the store assets and operating lease assets of the company’s flagship stores. As a result of the company’s specialty fleet rationalization efforts, the company reassessed its operating strategy for flagships, given their declining importance as marketing and brand awareness tools. Specifically, in the fourth quarter, the company began to explore options to exit or sublease certain flagship locations, including the Gap and Old Navy Times Square locations.

The majority of the impairment charge related to the operating lease assets of the Times Square locations, due to the negative contribution of the individual stores, length of the leases, and the significant decline in the market rents. There were also significant costs incurred in the quarter related to the recently cancelled Old Navy separation, including the disposal of capital assets with no alternative future use and certain obligations under noncancelable contracts. Fourth quarter separation related charges were $189 million.

Following the earlier announcement of the appointment of Sonia Syngal to CEO  effective 23rd March, 2020, the company announced a series of additional leadership changes. Katrina O’Connell, Chief Financial Officer of Old Navy, will become the company’s Chief Financial Officer, succeeding Teri List-Stoll who has served in the role since January 2017. List-Stoll will remain with Gap Inc. for several months to ensure a
smooth transition.

“Katrina brings more than two decades of Gap, Inc. experience, across both brands and functions. Her command of finance, portfolio management and strategy, coupled with her strong operating capabilities from her time leading inventory management, make her uniquely qualified to take on this role,” said incoming Gap Inc. CEO Sonia Syngal.

“I am fortunate to have had her as a partner in leading Old Navy overthe past three years, as we defined the growth roadmap for the brand, and I look forward to working
alongside her in this new capacity,” continued Sonia.

Additional leadership appointments include Mark Breitbard, who will lead the company’s Specialty brands, as well as our Asia business and Franchise; Nancy Green, who will step up to lead the Old Navy brand while the board and management undergo an internal and external search for the next President and Chief Executive Officer. These positions are effective on 23rd March. 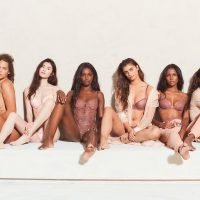 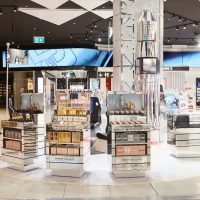 Paco Rabanne and Dufry partner for pop-up at Melbourne Airport