Chinese cross-border online market is yet to be dug out

Cross-border e-commerce is the new fashion trend in China, powered by a rising middle class and robust economic growth. With an estimated 125 million Chinese consumers purchasing $105 billion of overseas products through this channel in 2017, according to a new research report by Azoya Consulting and Frost & Sullivan.

In China cross-border e-commerce is often referred to as Haitao, which is overtaking the traditional method of buying through daigou agents (personal buyers) or friends/family based overseas as consumers seek a more legitimate, formal avenue for purchasing overseas products.; the research shows that the average Haitao shopper is spending RMB5,300 a year (US$848 a year) on products bought through this channel, with 60% intend to spend more. Fashion, beauty & cosmetics and grocery being the most popular categories.

In China cross-border e-commerce is often referred to as Haitao, which is overtaking the traditional method of buying through daigou agents (personal buyers) or friends/family based overseas as consumers seek a more legitimate, formal avenue for purchasing overseas products; the research shows that the average Haitao shopper is spending RMB5,300 a year (US$848 a year) on products bought through this channel, with 60% intend to spend more. Fashion, beauty & cosmetics and grocery being the most popular categories.

However, the research finds out while over 80% of western retailers see China as a lucrative opportunity, only 20% feel confident in their capability to succeed in China’s e-commerce market. Retailers cite regulations, intense competition, investment and not profitable as their main challenges, while retailers from different countries have distinctive strategy on enhancing their capabilities in China.

Increased competition is making it difficult to succeed in the e-commerce market
Marketplaces such as Tmall and Kaola were once seen as the major platforms where e-commerce sales and customer traffic come from, but now as the marketplaces are getting crowded and acquiring traffic is becoming more and more expensive, retailers find it increasingly difficult to differentiate themselves from one another, either satisfied with their sales performance in marketplaces.

As a result, retailers are looking beyond marketplaces as their only approach to consider. “In fact, for retailers aim to establish long-term sales in China and build a brand that Chinese consumers trust, which commands a healthy profit margin and repeat buyers, retailers need to approach customers through multiple touchpoints. The key channel should be within retailers’ control, accompanied by supplementary platforms,” said Don Zhao, Co-Founder of Azoya International. “More and more retailers are establishing standalone websites as the core of their strategies, as these sites directly connect retailers with Chinese consumers who desire foreign brands, while empowering retailers with flexibility and control over their business.”

Picky Chinese consumers are forcing brands to tailor their offerings to local tastes, while retailers react differently from countries Chinese consumers prefer to shop on cross-border e-commerce foreign platforms due to higher product quality and less risk of buying fake, while they tend to be picky when it comes to platform choices.

The research finds out that China payment and website performance are the top influencers when selecting to buy from certain platform, the others were cited as Chinese customer support and nearby inventory.

There’s also a trend that Chinese consumers are also looking for unique niche brands in pursuit of differentiating themselves from their peers and create a unique image. For cross-border transactions, shoppers are increasingly interested in seeking niche products suiting their personal needs; they also values the authenticity of a brand and the story it offers. Brand heritage and storytelling are important for brands to build a relationship with their customers now.

Localisation is the key. Correspondently, retailers focus on enhancing their capabilities differently varies from countries. In mature countries where Chinese cross-border shoppers are familiar with, such as Australia and the USA, retailers focus on establishing warehouse or distribution centre in China to enhance shipment experience, tailoring their products to local consumer demands, and also Chinese language content such as blog articles to meet the tastes of Chinese consumers; while in the ‘late comers’ countries such as the UK, Germany, France and other European countries, retailers tend to focus on basic capabilities as introducing Chinese language website or entry level solution of social media strategy.

The research draws a conclusion that retailers are advised to enter the Chinese market to take step by step approach that first research the market to understand the potential of certain brand or products in China, including category and product popularity; a second step involves deciding an entry model that’s most appropriate for their current stage offering the retailers enough control over the business while leave the flexibility of expanding to other channels; and finally, look for a local partner who will be able to guide the retailers through complex market, while adapt in time to the rapidly changing market when implementing.

DOWNLOAD THE REPORT by Azoya Consulting and Frost & Sullivan 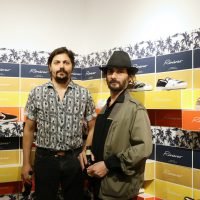 Rivieras brings South of France lifestyle to HK
Next Article 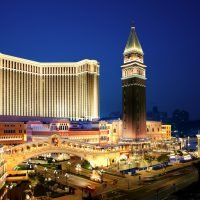