The Shilla Duty Free teams up with top beauty influencers

The Shilla Duty Free has teamed up with some of China and Vietnam’s top beauty influencers in a campaign that reached 11 million foreign consumers.

The Shilla Duty Free has tapped Chinese fashion and beauty ‘mega-influencer’ Lin Xiao Zhai. Lin has over 10.9 million Weibo followers and is popularly known in China as the ‘Weibo Goddess’. Her core following is in major Chinese cities including Beijing, Shanghai, and Guangzhou.

The Korean travel retailer has also teamed up with Vietnamese influencer ‘Changmakeup’, who has over 1.1 million YouTube subscribers. Changmakeup is known for her lipstick reviews and she has also launched her own lipstick brand.

Some of the brands included were 3CE, Etude House, Innisfree, Laneige, Missha, The Face Shop, and Too Cool for School. The videos featured a ‘Hallyu’ (Korean wave) girl group ‘cover makeup’ tutorial, and a guide to some local tourist attractions near the Seoul store. Customers who watched the videos received special mileage points for purchasing the featured products.

The videos on Lin Xiao Zhai’s social media channels amassed an impressive 3.2 million views within two days of publishing. The video has been viewed 421 million times. The campaign is a testament to the huge reach of localised influencer campaigns and follows the ‘influencer marketing’ trend that has swept Asia in recent years.

Both beauty brands and travel retailers have recognised the power of ‘mega-influencers’ in capturing Asian audiences, particularly with markets that do not engage as strongly with globalised advertising campaigns.

The ‘vlogs’ campaign is the second recent campaign by The Shilla Duty Free leveraging the reach of popular influencers — defined as social media celebrities with many followers – after the successful Beauty&You campaign earlier this year.

That project tapped influencers from China, Japan, Vietnam, Malaysia and Thailand. The products featured in the influencers’ videos experienced an average of 250 percent spike in sales after the campaign was launched.

The Shilla Duty Free said, “The campaign held earlier this year was very effective, so we decided a second collaboration with mega-influencers. We hope that we can introduce The Shilla Duty Free to more overseas customers, and also spread information about Korea with this campaign.” 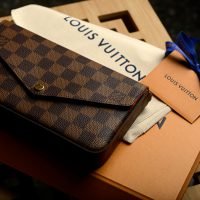 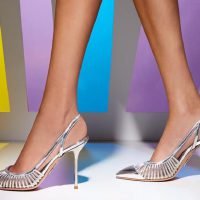