The company, famous for its charm bracelets, said revenue increased by 5% in the Americas and 27% in EMEA, while the Asia Pacific region experienced a 46% surge last year. Revenue from concept stores increased by 37% and now corresponds to 66% of total group revenue.

“2016 was another great year for Pandora, where we significantly improved our global branded presence. We delivered as promised and reached a number of milestones including more than DKK 20 billion in revenue and opening our concept store number 2,000,” said company CEO Anders Colding Friis. He proposed to almost triple the total dividends in 2017 as a token of his belief in the business.

The results follow a strong fourth quarter, with revenue increasing by 16% on last year. The company’s jewellery items performed particularly well in Italy, France, Australia, China and the UK, however revenue declined in the US and Canada as a result of store closures and in Hong Kong due to “the challenging retail environment”.

Although charms continue to be Pandora’s best-selling items, contributing DKK 3.7 billion to total revenue, earrings experienced the largest growth in Q4. The company has increased the focus on these items in the past few months, leading to an 80% surge in revenue from earrings in the final quarter of 2016. Customers also responded well to necklaces and pendants, boosting revenue from this category by 75%.

This year, the company plans to continue driving growth in its existing stores and add more than 275 new concept stores to its network. Full-year revenue is expected to be in the range of DKK 23-24 billion ($3.3-3.5 billion), but the first quarter is expected to see only single digit growth due to timing of shipments and a very strong performance in Q1 2016. 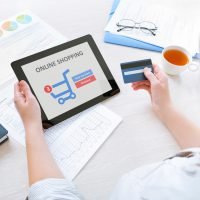