Gucci to focus on diversity after ‘blackface’ issue

Italian fashion house Gucci announced a major push Friday to step up diversity hiring as part of a long-term plan to build cultural awareness at the luxury fashion company following an uproar over an $890 sweater that resembled blackface.

Gucci also said it will hire a global director for diversity and inclusion, a newly created role that will be based in New York, plus five new designers from around the world for its Rome office.

It also will launch multi-cultural scholarship programs in 10 cities around the world with the goal of building a “more diverse and inclusive workplace on an ongoing basis.”

The announcement came after Gucci CEO Marco Bizzarri met in New York City’s Harlem neighborhood with Dapper Dan, a well-known African-American designer, and other community members to hear their perspectives.

Dapper Dan, who collaborated with Gucci in 2017 on a menswear line, has emerged as a leading voice demanding accountability from Gucci over the sweater, which was black with a pull-up neck featuring a cutout surrounded by cartoonish red lips.

Bizzarri said Gucci has spent the past days conducting a “thorough review of the circumstances that led to this” and consulting with employees and African-American community leaders on what actions the company should take.

“I am particularly grateful to Dapper Dan for the role he has played in bringing community leaders together to offer us their counsel at this time,” Bizzarri said in statement.

In May, Gucci said it will begin conducting annual one-day unconscious-bias training sessions for its 18,000 employees around the world.

Gucci has apologized for the sweater, which creative director Alessandro Michele said was not inspired by blackface but by the late Leigh Bowery, a performance artist, club promoter and fashion designer who often used flamboyant face makeup and costumes.

SEE ALSO : The Gucci formula : when storytelling in china is done right

“I look forward to welcoming new perspectives to my team and together working even harder for Gucci to represent a voice for inclusivity,” Michele said in statement Friday. 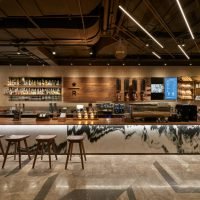 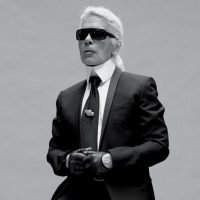 Karl Lagerfeld, the king of fashion, dies at 85