Dubbed “Tokyo Dining City,” the facility has six restaurants that bring together the authentic culinary arts of Japan with quality service, according to Sojitz.

Sojitz City Food Co., which is 85 percent owned by the Japanese firm and 15 percent by Arctic Sun Co., a City Mart subsidiary, is operating the facility.

The food court opened on Wednesday, March 22nd inside a new commercial complex located in the central business district of Myanmar’s biggest city.

It can accommodate around 200 diners in a cozy setting and caters mainly to office workers with a full menu of primarily Japanese dishes, including sushi and udon noodles.

SEE ALSO: The Cheesecake Factory to open in May in Hong Kong

“Japanese food has gained great popularity in Myanmar and there are many Japanese restaurants here,” said Zar Ni Kyaw, operations manager of Tokyo Dining City. “What makes us different from the others is that we aim to present genuine Japanese dining and Japan’s culture of hospitality to our customers in Myanmar.”

The food court has employed around 50 local people as restaurant staff.

The joint venture plans to open more branches in the future.

The first Japanese restaurant in Myanmar opened in 1988, boosting the popularity of Japanese cuisine.

“There are lots of Japanese restaurants in our neighborhood and they are always crowded. We have to wait in a long queue to be served or to get a table,” he said. “But I can get the real taste of Japan from only a few of them. It’s worth paying for bona fide Japanese cuisine.” 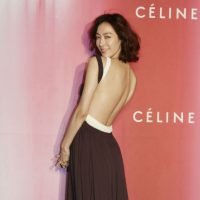 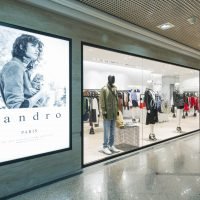