The economic partnership agreement between Japan and the European Union not only forms one of the world’s largest free trade blocs, but also sets digital and copyright rules that will serve as an international template.

The EPA will ultimately eliminate EU tariffs on about 99% of imported products from Japan, and Japanese tariffs on roughly 94% of products imported from the EU. It also incorporates wide-ranging regulations on data transfer and intellectual property protection. The aim is to drive the debate on other multinational trade pacts, especially against the backdrop of rising protectionism.

A centerpiece provision is a ban on governments forcing companies to reveal source code. Chinese cybersecurity legislation that took effect in 2017 empowers the government to request source code from foreign enterprises doing business within its borders. The law also requires “operators of key information infrastructure” to locally store personal information and important data collected and produced by their services in China.

The Japan-EU trade deal is essentially a rejection of such digital protectionism, instead encouraging the free and secure cross-border flow of data. Companies in participating countries can operate in other members without risking mandatory disclosure of trade secrets.

The trade deal “will become a precedent for the data field, which is becoming increasingly important, and will lay the groundwork for the creation of subsequent rules,” said Keisuke Hanyuda, partner at Deloitte Tohmatsu Consulting.

Japan, the EU and other like-minded trading partners seek to craft similar rules for the World Trade Organization, which includes the U.S. and China. But speedy rule-making may be all but impossible at a WTO that has been criticized as dysfunctional. The alternative strategy is to first implement high-quality rules for the Japan-EU trade deal, as well as the 11-member Trans-Pacific Partnership, and bring other countries into the fold.

Japan and the EU agreed not to levy tariffs on the transfer of data between the two sides. Copyrights on literary works will expire 70 years after the death of the author. Alcoholic-beverage and food brands tied to a region of origin will be mutually protected as well. Authorized producers of Kobe beef and Champagne would be shielded from imitations, for example.

The EPA covers 27.8% of global gross domestic product by 2017’s number, and 36.9% of worldwide trade. The TPP-11 — formally the Comprehensive and Progressive Agreement for Trans-Pacific Partnership — accounts for 13.3% of global GDP. Japan sees the EPA and the TPP-11 together adding 13 trillion yen ($119 billion) to its real GDP and creating 750,000 jobs.

“On top of the short-view effect of stimulating consumption, the inflow of services and investment from the EU will increase competitive pressures inside Japan, and we can expect the effect of prices going down,” said Junichi Sugawara, senior research officer at the Mizuho Research Institute.

Tariff elimination is expected to have a significant economic impact. EU exports to Japan could jump as much as 34%, while European companies will save an annual 1 billion euros ($1.15 billion) on duties, the EU estimates. Hopes are particularly high for expanded food and agricultural exports to Japan.

The EPA lowers tariffs on Camembert and other soft cheeses — something Japan did not do for the TPP-11 — up to a certain quota. Japan will eliminate soft-cheese duties for in-quota imports altogether in year 16. Other items, such as European wine, will immediately become duty-free, resulting in a wider selection and lower prices for Japanese consumers.

Many see the EPA and its benefits as a counterweight to the Trump administration’s anti-globalism. “This is an act of enormous strategic importance for the rules-based international order, at a time when some are questioning this order,” European Council President Donald Tusk said last July, when the agreement was signed. “We are sending a clear message that we stand together against protectionism.” 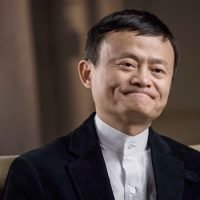 How long should you stay in for your first job? Jack Ma says...
Next Article 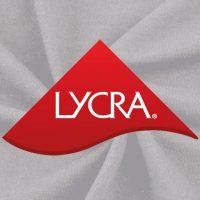