A growing number of retailers are removing DHC products from their shelves as the boycott of the Japanese skincare brand widens after controversial remarks were made on DHC’s subsidiary DHC Television.

DHC has felt a major backlash from Korean consumers after people on the internet channel DHC Television’s show made inflammatory remarks about Korea. The channel continued to release similar content until August 13.

Online shopping websites like ssg.com and Lotte.com have halted sales of DHC products. When a user searches for DHC, products from other brands appear instead of the Japanese brand.

“We removed DHC products from the golden zone and put them in the corners, where they are less visible,” said a spokesperson for GS Retail.

“We will be selling the remaining DHC products until they are sold out, but we stopped new orders of the brand’s products,” the spokesperson continued.

Olive Young has not stopped orders of DHC products, but a spokesperson said it is contemplating completely withdrawing the remaining products and halting orders from DHC.

“The decision is not likely to affect [Olive Young’s sales] since they do not take up much of our sales,” said a spokesperson for Olive Young.

Boots, Emart’s health and beauty franchise, pulled DHC products from both its online and offline stores.

“We deeply apologize for creating a controversy in regards to DHC Television,” said Kim Mu-jeon, head of DHC Korea in an official statement.

“The show is operated by a subsidiary of the headquarters and is not relevant to DHC Korea. We have neither taken part in the show nor have been informed [of the show]… DHC Korea does not agree with the comments made on the DHC Television show and we promise to cope with [the boycott] in a different way from DHC Television,” he contniued.

The show broadcast a series of controversial remarks.

On August 13, Japanese journalist Yoshiko Sakurai described Koreans’ boycott of Japanese products as a “childish act,” while Japanese writer Naoki Hakuta made sarcastic remarks, such as, “today’s program may also be watched in Korea.”

On an episode released on August 12, Shigeharu Aoyama from Japan’s ruling Liberal Democratic Party cast doubt on Korea’s claim over the Dokdo islets and implied Korea initiated tensions between the two countries over controversial issues like the so-called comfort women. 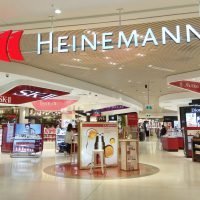 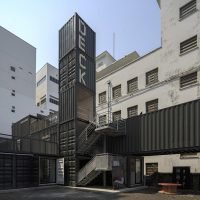