Taiwan’s bookstore Eslite Spectrum announced it is expanding its market to Southeast Asia, in partnership with Malaysia’s YTL Corp Bhd.

The mega bookstore is to debut the first branch in Southeast Asia in a luxury shopping mall The Starhill in Bukit Bintang, the central business district in 2022.

Malaysia has a diverse population and rich culture. The capital Kuala Lumpur has been selected as the “World Book Capital City 2020” by UNESCO. Eslite Group is partnering with YTL Corporation Berhad to take the first step in cross-cultural exchanges with Southeast Asia. It also hopes to develop new opportunities for Taiwan’s publishing and cultural & creative industries.

YTL Group has a deep connection with Taiwan. The founder Yeoh Tiong Lay is one of the four largest immigrant merchants from Kinmen in Southeast Asia. The group’s business scope covers all continents in Europe, Asia and Australia, spanning construction, real estate development, retail, hotel tourism, in addition to promoting public welfare, and actively encouraging Malaysian youths to study in Taiwan.

Eslite Chairman Wu Minjie said: “Taiwanese Eslite and the Yeoh Tiong Lay family have joined hands to create the first physical cultural field in Southeast Asia… Eslite is trembling and looking forward to co-create with the local people of Malaysia. Through long-term and meticulous work, it will gain the acceptance from people and become a window for cultural exchange, the spiritual harbor for the public of Kuala Lumpur to stop and relax.”

Eslite is committed to become the most influential and unique omnichannel cultural tourism brand and cultural and creative industry life platform in Asian society. Since its establishment in 1989, it has continued to “integrate humanities, art, and creativity into life.”

Since 2012, Eslite has expanded from Taiwan to Hong Kong, Suzhou, Shenzhen, and Tokyo, promoting cultural and creative exchanges.

Looking forward to 2022, Eslite will move towards Southeast Asia for the first time, integrating the multi-ethnic and cross-cultural characteristics of Southeast Asia, and stirring up more diversified excitement. 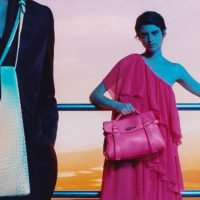 Frasers Group to increase stake in Mulberry
Next Article