China’s retail sales increased by more than 30 per cent in the first two months of 2021, on the back of pandemic-affected figures and a resurgence in market demand.

A major indicator of consumption growth, Chinese retail sales of consumer goods surged by 33.8 per cent year-on-year in January and February, according to data from the National Bureau of Statistics (NBS) released this week.

The results surpassed expectations, according to Bloomberg, with China’s industrial output and retail sales outperforming forecasts of 32.2 per cent and 32 percent, respectively.

Meanwhile, fixed-asset investment fell short of expectations of a 40.9-per cent rise, according to analysts. Consumption in China remains below the level before the
pandemic, investment bank UBS told CGTN on Monday, triggered by the nation’s lockdown policy that remained in February, resulting in a negative impact on consumption.

In January and February, shoppers were spending more on daily necessities, fitness, electronics, luxury goods and online entertainment but spending less on travel, dining out, real estate and automobiles, according to UBS. However, services are expected gain traction in March.

“As services consumption might pick up after February on the lifting of many social distancing restrictions, retail sales growth could be a bit faster than 26.5 percent,” the survey said.

Consumption in China also continues to head online, with the trend expected to continue, beyond restrictions, said UBS. The news comes as China slowly removes Covid-19 restrictions. Recently, the Ministry of Culture and Tourism announced that it is removing the capacity limits for entertainment venues, letting local governments decide the details.

On 17th March, the National Health Commission announced five new Covid-19 cases in mainland China, driving up the number of confirmed cases to 90,049, while the death toll stands at 4,636. 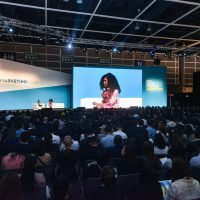 Booking.com and Kuaishou's representatives will be speaking at MarketingPulse
Next Article 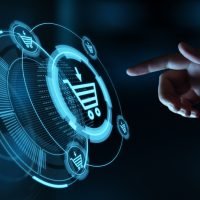 E-commerce is at the end of the beginning in Asia