Taubman Asia announced that its new project CityOn.Zhengzhou won a Gold Award at the 2017 ICSC Asia Pacific Shopping Center Awards in the Marketing Category under the section of “Grand Opening, Expansion and Renovations”.

The Award Ceremony took place in Bangkok recognizing and honoring industry practitioners in the region for outstanding achievements in the design, development and marketing of retail properties in terms of vision, innovation and creativity.

CityOn.Zhengzhou, located in the provincial capital of central China’s Henan Province, is the only China project that has won a Grand Opening award.

Opened on March 16, 2017, CityOn.Zhengzhou promises a best-in-class retail destination by creating a landmark in the heart of Zhengdong New District, the new economic and cultural center of Zhengzhou.

Peter Sharp, President of Taubman Asia, said, “We are thrilled to be honored with a Gold Award at the industry’s most prestigious award.

Receiving this recognition is a great encouragement and motivation, and we will continue our efforts in setting new standards for retail experiences for the people of Zhengzhou and China.”

Founded in 1957, the International Council of Shopping Centers (ICSC) is the global trade association of the shopping center industry with more than 70,000 members in more than 100 countries including shopping mall owners, developers, operators, market experts, investors, leasing companies, retailers, and academic research and government agencies.

In addition to CityOn.Zhengzhou, Taubman Asia’s other China project, CityOn.Xi’an, was also shortlisted as a finalist in the “Public Relations and Events” category for its tremendously popular Little Talent Camp, a kids-oriented occupational experience campaign. 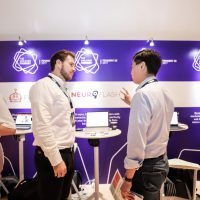 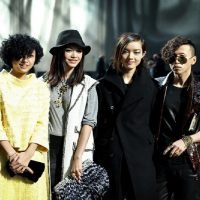