Hong Kong protests: who is going to lose in the retail industry?

This is the start of the end of Hong Kong as a worldwide luxury retail hub. Who will be losing? Brands? Distributors? Consumers?

What’s happening in Hong Kong from a retail perspective?

The number of tourists coming to Hong Kong keeps dropping as protests and increasing violence deter visitors, hotels start closing floors with occupancy rate below 30%. Malls are empty, same are the streets.

In the past four months, Chinese travelers have disappeared taking with them any hope for retailers to be able to afford their rents with average sales drop of 30 to 60% in the month of August across all luxury brands.

After over four months of social unrest movement spreading uncertainty about the future of Hong Kong, September did not look any better.

Tourist areas such as Causeway Bay, Wan Chai and Admiralty were hit by protests along with the residential districts of Wong Tai Sin, Sham Shui Po, Sheung Shui and Tai Po. However, in recent weeks, flash mob protests moved from one part of the city to another creating chaos across different areas. Hong Kong International Airport has been targeted for several days making Hong Kong inaccessible for days and discouraging travelers.

Since end of August, brands reached out to their landlords to renegotiate their rents, but with luck only with a few landlords showing some concrete actions by agreeing on special terms for 6 months.

Most shopping malls are owned by large real estate companies listed such as Wharf, Sun Hung Kai, Henderson Land, Hongkong Land, Hysan, just to name a few, and therefore, the major worry for them remains to keep the share value high, regardless the fact that their tenants’ business has become unsustainable. Their shares bounced back after the extradition bill withdrawal announcement, but now with the Emergency Regulations Ordinance will see.

In the long-run, international brands, will not be the ones losing. Why? Because luxury spenders will continue to spend anyway, but in other cities throughout the world. Luxury brands, in particular, will not lose; they will just lose sales arising in Hong Kong and as a consequence adjust their investment in the city.

They won’t be the ones. Why? Because the retail property rents have for far too long been based on the tourists (predominantly the Mainland Chinese today and the Japanese in the past). Rents based on just local domestic demand will ensure a win-win profitable business models for both.

They will not. Why?  Because, there will still be an ample offer in terms of luxury stores. A mild inconvenience at most.

If brands, distributors, consumers won’t be the ones losing, then who?

Perhaps the landlords should beware. If the numbers of tourists does not go return to its usual ones, the natural forces of supply and demand will drive retail rents down, as much as 30%, perhaps even more for some malls.

Today, the majority of landlords continues to buy time hoping for the situation to be solved, some retailers will be forced to shut down their shops, early surrender their locations losing their deposit and let go their front staff as their losses will unbearable.

This situation is spotting the ephemeral and volatile nature of the economy in a place, where Tycoon landlords are after their own interest only and do not protect their tenants, who have been hoping to join forces with them to re-establish normality in rent.

The era of Hong Kong as Eating and Shopping paradise will change dramatically if landlords do not realize that this crisis cannot be compared to previous ones (SARS or the financial crisis), this is far worst and some malls will have no reason to exist soon.

It is not only about business, it is about thousands of people who are about to lose their job and a key sector for Hong Kong economy which is now is danger. 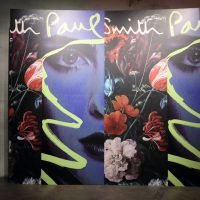 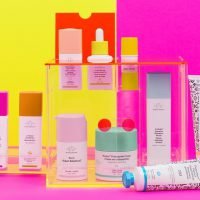