Glossier Inc. announced that it has raised $100 million in Series D funding to build the future of the U.S. beauty company, adding it has appointed a new chief financial officer to help drive growth.

The New York-based Glossier received the hefty sum from investment firm Sequoia Capital, which led the funding round.

“Glossier has built an exceptional brand and relationship with its customers, and its business fundamentals are equally impressive,” said Michael Abramson, Partner at Sequoia. “This is one of the most efficient direct-to-consumer businesses we’ve encountered, and with this new capital, we believe Glossier is well positioned to define the next era of the beauty industry.”

In the same press release, Glossier said that technology industry veteran Vanessa Wittman will be joining as its Chief Financial Officer.

Having held CFO roles at Oath, Dropbox, Motorola Mobility, and Marsh & McLennan, Wittman is Glossier’s freshest hire, as it continues to build its leadership team for this next phase of growth.

“We are building an entirely new kind of beauty company: one that owns the distribution channel and makes customers our stakeholders,” said Emily Weiss, founder and CEO of Glossier.

Most recently, Chen had full P&L responsibility for LF Beauty, a Li & Fung Group company, in the United States and the Americas while DeAngelo comes from Jet.com, where he led supply chain and fulfillment for five years, through the company’s acquisition by Walmart.

This week’s Series D investment announcement follows a $25 million Series C fundraise in February last year. At the time, Glossier said it would use the money to invest in improving its customer experience.

Founded in 2014, Glossier has more than 200 employees across three offices, and operates in the United States, Canada, the United Kingdom, the Republic of Ireland, France, Denmark, and Sweden.

The company’s annual revenue more than doubled in 2018 and surpassed $100 million. 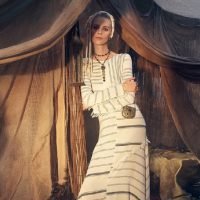 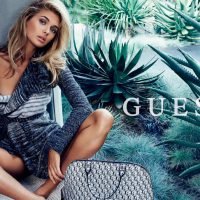