Three Chinese shoemakers have been ordered by a Chinese court to pay US sportswear company New Balance US$1.5 million in damages and legal costs for infringing its logo.

It is believed to be the largest trademark infringement award ever granted to a foreign business in China.

Suzhou Intermediate People’s Court, near Shanghai, ruled that the three defendants, who made shoes under the brand New Boom, “seized market share from New Balance” and “drastically damaged the business reputation of New Balance”.

Zheng Chaozhong, Xin Ping Heng Sporting Goods and Bo Si Da Ke Trading had relied on the “malice of free-riding”, says the ruling. Their actions had led to “confusion by a large number of consumers”.

The decision can still be appealed.

New Balance has also taken on such Chinese brands as New Barlun and New Bunren since it started selling shoes on the mainland in 1995, reports The New York Times.

In April, a court in Hangzhou awarded New Balance $500,000 in damages after ruling that a company making New Bunren shoes infringed its trademark.

The same month, the Suzhou court fined five companies for breaching an injunction prohibiting them from selling shoes with New Balance’s “N” logo.

However, New Balance once tried to reclaim intellectual property from a man using its Chinese name and was itself fined $16 million.

The amount was later reduced to about $700,000, and a further appeal will go before China’s Supreme Court. 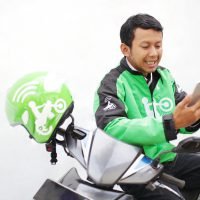 Indonesian Go-Jek closes in on new $1.2 billion round
Next Article 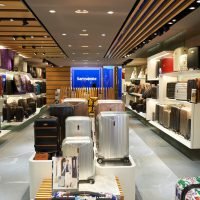