Apple has just created what is likely to be one of the toughest jobs in tech: managing director of greater China.

The company said in a statement on Tuesday that a longtime manager, Isabel Ge Mahe, would step into the newly established position based in Shanghai.

Ms. Ge Mahe, a Mandarin speaker born in China with an extensive background in engineering, will have her work cut out for her.

She takes the helm of the China operations as Apple’s dominance in one of its most important markets has become increasingly uncertain.

In recent quarters, its sales in the country have struggled for the period ending April 1, revenue dropped 14 percent in part because of increased competition from a range of domestic competitors putting out ever-cheaper, high-performing smartphones.

Apple’s huge successes in China have also left it more vulnerable to new rules that Beijing has set up to push back against foreign companies.

Apple said this month that it would cooperate with a local company to build its own data center in the country, in part to satisfy the requirements of a new cybersecurity law.

The regulatory and sales issues mean increased pressure on the release of the new iPhone this autumn. In China, the iPhone is as much a status signifier as a useful device, and analysts argue that many have put off buying a new iPhone until this year, with the hope that the latest model will look different enough to be noticed.

SEE ALSO : Huawei will leapfrog Apple and HP to lead the PC market in five years
Ms. Ge Mahe stands out for her experience as an engineering manager in a position that many foreign companies have typically filled with a sales or regulatory official.

Ms. Ge Mahe led Apple’s wireless software engineering teams for nine years, working on technologies like Wi-Fi and Bluetooth, according to the statement from Apple.

“I am looking forward to deepening our team’s connections with customers, government and businesses in China to advance innovation and sustainability,” Ms. Ge Mahe said in the statement. 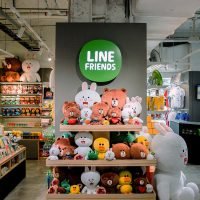 Line Friends to preview 1st US character store
Next Article 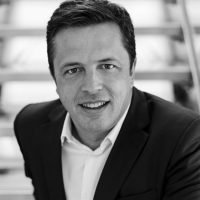