Carriers, especially low-cost carriers (LCCs), have mostly been relying on domestic routes to survive the COVID-19 crisis as international travel has become difficult due to the pandemic.

But a new wave of infections in Korea ― with daily the number of new virus cases remaining at three digits since 13th August ― could lead to a decline in domestic travel demand.

According to data compiled by the Korea Civil Aviation Association, the number of passengers on international routes of local carriers dipped nearly 98 percent in the second quarter from a year earlier.

In contrast, the number of passengers on domestic routes dropped 38 percent over the period due mainly to an increase in demand for trips to local destinations.

“The domestic routes are the budget carriers’ last hope to survive the crisis. The latest development is causing concerns over falling demand for domestic travel,” an official from a Seoul-based budget carrier said.

Since the coronavirus outbreak, LCCs have been striving to expand domestic routes and increase operations on those routes in an effort to improve profitability.

Officials said most LCCs have managed to avoid bankruptcy by attracting a considerable number of domestic travelers, especially during the summer vacation season.

According to data tallied by the Ministry of Land, Infrastructure and Transport, about 3.45 million passengers used domestic routes operated by LCCs, including Jeju Air, Jin Air and Air Seoul, last month. The figure was up 11 percent from a year earlier.

But this did not lead to a profitability improvement for the budget carriers as the increase in supply resulted in more competition.

The operating loss of Jeju Air, the country’s largest budget carrier, was US$125 million during the first half of the year, while Jin Air and T’way Air posted operating losses of US$76.7 million and US$59 million, respectively.

The nation’s two full-service airlines posted surprise earnings in the second quarter due to revenue from cargo business. But their concerns also persist, because the prolonged public health crisis could delay the normalization of their international operations, their biggest revenue source. 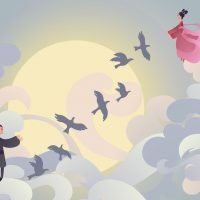 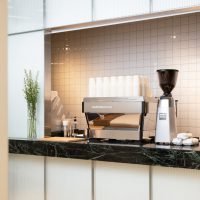