TUMI partners with ONE Championship

It is time for esports!

The largest global sports media property in Asian history, ONE Championship™, announced that their existing commercial partnership with TUMI across ONE’s esports and martial arts properties will to include a special branded challenge during season one of The Apprentice.

ONE Championship Edition will deliver the perfect companion for esports athletes – the ultimate luxury gaming bag.

Together with ONE Esports, TUMI’s global design team will challenge the show’s contestants to help design, market, and launch the ultimate luxury gaming bag in an episode of the series.

To bring the bag to life, contestants on The Apprentice: ONE Championship Edition will work with TUMI to leverage the brand’s innovative functionality, superior performance and premium design to create a product that is perfectly catered to the needs of gamers on the go.

TUMI and ONE Championship will also partner on additional marketing efforts to promote this new initiative, which will eventually be sold to the public.

Victor Sanz, TUMI Creative Director, stated: “We are excited to partner with ONE Championship on ‘The Apprentice: ONE Championship Edition.’ We look forward to seeing the innovative designs and out-of-the-box marketing launch plans the contestants come up with to elevate the journeys of gamers around the world.”

Carlos Alimurung, CEO of ONE Esports, stated: “Given ONE’s global reach and our millennial audience who drive the gaming market, we are excited to support TUMI’s entrance into the gaming world. We are thrilled to use “The Apprentice: ONE Championship Edition” to facilitate cutting-edge innovation and work with TUMI to bring a compelling product to the market that will strongly resonate with esports athletes.”

Under license from MGM Television, ONE Championship’s unique take on the hit reality television franchise is scheduled for release and distribution in Q4 of 2020.

The Apprentice: ONE Championship Edition will invite sixteen (16) contestants handpicked from around the world to compete in a high-stakes game of business and physical challenges. The winner will receive a US$250,000 job offer to work directly under Chairman and CEO Chatri Sityodtong for a year as his protege in Singapore.

In addition, a total of 12 of the world’s top CEOs (1 CEO per episode) will be featured as guest judges alongside Sityodtong. The business competitions will focus on a variety of real-world problems and industries. Meanwhile, the physical challenges will be graced by the World Champions from ONE Championship, where contestants will aim to outshine them in feats of athletic ability and endurance.

‘The Apprentice’ is one of the world’s biggest non-scripted reality TV programs in history and judges the business skills of a group of contestants competing for a job offer from a high-profile CEO. It has aired in over 120 countries. The first season of The Apprentice: ONE Championship Edition will consist of 13 episodes. 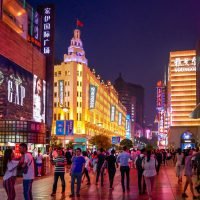 China after COVID-19: how is retail reacting?