Why is Kering buying its shares back?

Kering, which owns Gucci, Saint Laurent and Balenciaga, said it planned to buy back up to 1 percent of its share capital over a 12-month period.

A stock buyback, also known as a share repurchase, occurs when a company buys back its shares from the marketplace. This means that by paying shareholders the market value per share, a company like Kering can reabsorb a portion of its ownership that was previously distributed among public and private investors.

But what are the reasons for this?

Each share represents a small stake in the ownership of the company. There can be several reasons for a share buyback, such as preserving stock price, but in Kering’s case, the move suggests that the company’s senior management is confident about the business and believes its shares are undervalued.

Undervaluation can occur for multiple reasons. Kering’s management may believe the business is undervalued due to investors’ jittery sentiment around the China market and their ability to see potential in the company’s long term performance.

Shares in Kering hit a record high of around €522 in June, but dipped in the past three months over worries that white-hot megabrand Gucci was running out of steam.

The stock rose again in late October after the group reported a better-than-expected rise in third-quarter revenue.

Sales growth for the conglomerate had been expected to slow from 31.5 percent a quarter earlier to the 22.5 percent rise forecast in a poll of analysts by Inquiry Financial.

Buying back shares is also a common way for companies sitting on big cash piles to do something about it, and the ideal time is usually after a drop in the stock price.

It wasn’t Kering’s stocks alone that fell earlier this month.

Part of this is due to a crackdown by customs officials, which limits the amount individual Chinese travellers can bring back from abroad.

“In the most recent weeks, Kering has suffered more than its fair share of pain on the back of the luxury sector downward adjustment following concerns on Chinese consumer confidence,” said Luca Solca, head of luxury goods at BNP Exane Paribas.

“This has come as investors wanting to reduce exposure to the sector have chosen to lock in gains in stocks that had performed the most, like Kering.”

Since Chinese consumers account for 32 percent of the worldwide total of luxury sales and about one third of them shop overseas, this is a worry for brands.

In addition, there is the continued issue of daigou (grey market shopping agents) and the fact that China’s economy is growing at its slowest pace since the financial crisis.

“I control what I can control,” he said.

“Currency fluctuations, traffic flows, daigou duties. It is something we cannot control as a company, so as a CEO I need to control what I can. I hope that Chinese customers are now going to spend more in China, so we’ll do our best to increase their shopping experience here.”

Jean-Marc Duplaix, Kering’s financial director, said during Kering’s third-quarter earnings call, which came after luxury stocks fell, that the company was seeing an improvement in the retention of Chinese millennial customers and demand had not dipped.

“In terms of spending power, the situation is still quite sound in China,” he said. “All the events especially in China we had in September or in October, we saw quite good figures. I think that underlying trends are still very, very, very solid.” 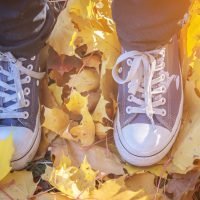 Who are the 10 most powerful people in the footwear business?
Next Article 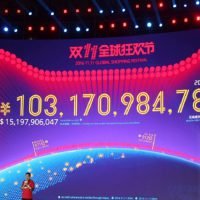