Marie Kondo is the queen of organization.

Her book, “The Life-Changing Magic of Tidying Up: The Japanese Art of Decluttering and Organizing,” reveals her instructions for organizing your space in one sitting, and then never having to do it again.

SEE ALSO : Why you should adopt more diverse influencers?

Her methods have garnered a significant social media following with the hashtag #konmarimethod, and also landed her a spot on Time’s 2015 “Top 100 Influential People” list.

Marie Kondo is a Japanese organizing consultant and author. She has written four books on organizing, which have collectively sold millions of copies and have been translated from Japanese into languages including Korean, Chinese, Spanish, Indonesian, French, German, Swedish and English.

Ever since Netflix released Tidying Up With Marie Kondo on New Year’s Day, Twitter has been awash with Kondo memes.

Marie follows the the Japanese way of living based on minimalism, and she applies to all objects in house.

Marie is growing popularity on the web; however, some of her statements divide the internet.

In the digital age, while experts maintain that influencer marketing is fading out, and some others opt for micro-influencers, Marie seems to belong to a complete new category that aims to make people’s life better through reducing possessions instead of accumulating goods.

We are looking forward to see what’s next for influencer marketing. 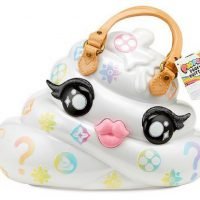