What to watch for at Alibaba’s ?

It is a luckless time for a tech giant aiming to parlay free trade into a commercial enterprise: the US-China trade war is escalating, and Big Tech is being viewed skeptically by regulators, investors and consumers.

Alibaba, China’s most valuable tech company, has already been hit.

Its shares have fallen by around a third since their January peak, and investors will scour the company’s second-quarter earnings on Friday for any signs of weakness.

But Alibaba has continued to strike an upbeat tone, with chairman Jack Ma writing in his annual letter to shareholders last week “Today’s conventional business model and regulatory framework for global trade is facing enormous challenges. This has presented the perfect opportunity for us to make globalisation a priority.”

Major Chinese tech companies have struggled to expand internationally, and Alibaba is no different.

The company’s subsidiaries AliExpress.com, which targets customers in Russia and Brazil, and Lazada, which is based in Singapore and operates sites across south-east Asia, make up just 5 per cent of Alibaba’s revenues — a share that has barely changed in recent years.

Higher revenues Alibaba is better at generating sales than profits — a trend that is likely to continue as it ramps up spending on lower-margin businesses, such as bricks and mortar stores and logistics.

The company has consistently beaten analyst forecasts on revenues, which rose 61 per cent on an annual basis in the past fiscal year, while growth in adjusted EBITDA narrowed by 2 basis points, to 40 per cent. Analysts are looking for revenues of Rmb86.58bn ($12.4bn) in the second quarter, according to Bloomberg, compared with Rmb55.12bn in the same period last year.

The consensus forecast for adjusted ebitda in the second quarter is Rmb27.43bn, which would be a 10 per cent year-on-year improvement.

As it did with its payments business, Alibaba stole an early lead with cloud computing and now dominates that market in China.

It has since built out a network of data centres in other countries, most recently in the UK.

Alibaba Cloud is now available in 19 cities and regions around the world, including Hong Kong, Sydney and Frankfurt.

The company’s revenues from its cloud business have been roughly doubling in recent quarters, but the unit has yet to break even.

In February, Alibaba announced it had pressed the button on the long-awaited restructuring of its relationship with Ant Financial, the payments affiliate it carved out of the parent company in 2011.

Alibaba plans to swap its profit-sharing agreement for a 33 per cent stake in the company, which was valued at $150bn at its most recent fundraising this year.

It was broadly assumed that the announcement would not have been made without a tacit nod that government approval would be forthcoming. But the mood in Beijing towards its tech champions has cooled somewhat this year, and investors will look to see if Ant Financial, which is engaged in its own battle for market share, has fallen back into the red. China’s 300-billion Daigou business: What’s next after the government crackdown?
Next Article 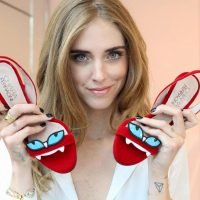 From influencers to investors