What is the new color of the year?

The reign of Millennial Pink–that literally and figuratively cool hue whose blue undertones flattered no one–seems to be coming to an end at last.

In its place? The Living Coral.

It is Pantone’s Color of the Year for 2019, following the company’s annual, wide-ranging analysis of color trends across culture.

Living Coral is comforting and energizing at the same time, a color meant to serve as a salve in a time of global uncertainty.

“Just as coral reefs are a source of sustenance and shelter, we see this color giving us assurance and buoyancy in an environment that has been continuously shifting for 10 years,” says Laurie Pressman, vice president of the Pantone Color Institute. “With technology, and all the [political] unrest around the world, our global culture has continued to accelerate this shift.”

Living Coral would apparently be the color for a society that needs reassurance in the face of rising authoritarianism–the complement to the Blue Wave.

As Pressman explains, Living Coral has roots in the 1950s and ’60s, where you could see it in cars, accessories, and fashion. Pressman says there is “almost a retro feeling” to this color of Americana, which evokes “simpler times” without the patriotic baggage of red, white, and blue.

“That’s comforting!” says Pressman. “Because the more things try to push us forward, the more people reach back to what was, because they’re looking for terra firma. It’s scary! So you want things that make you feel safe, happy, that bring you comfort and warmth.”

But it goes even beyond sociological theory.

Living Coral is also a very functional color that bridges the gap between our screens and real life.

As Pressman points out, Living Coral has a lot of functional attributes that have made it increasingly popular over the past few years.

With an orange rather than pink base, its warmth complements most skin tones.

In interior design, it’s surprisingly versatile, and can actually be pulled in and out of many color schemes almost like a neutral.

On smartphone screens, it’s a super-saturated, vibrant option that can pop on social media–but because it’s found in nature, it bridges the gap between the real and hyperreal. Even when it appears in digital content, it has ties to the natural world.

Pantone chose the color before Apple unveiled its most recent iPhones, and the company was surprised to find that Apple chose the same color to put on the backside of its latest iPhone XR–reinforcing its power to bridge technology and people.

SEE ALSO : What is the skincare product available at Apple store?

But if any tech company deserves credit for kicking off the Living Coral trend, Pressman says it’s Airbnb, which introduced coral as part of its 2014 brand redesign: “What people may have called questionable the time [was] prescient.” 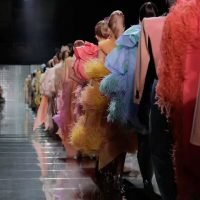 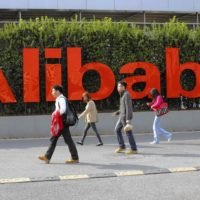