Eleven days ago, the anonymous Instagram account world_record_egg posted its first image, what appears to be a simple stock photo of a brown egg.

“Let’s set a world record together and get the most liked post on Instagram,” the caption read. The photo has now reached that goal, with over 42 million likes as of Tuesday afternoon.

It blew past the previous record holder over the weekend, the first photo Kylie Jenner shared of her daughter Stormi, which garnered only around 18.5 million likes after it was posted last year.

It is easy to root for the Instagram egg and its other nihilistic siblings, like the halved white onion that only wants more Twitter followers than President Donald Trump.

These accounts are not inherently interesting or important—many of them post barely any content at all—but they are made so because the internet decides they should win the attention lottery. In an era of rampant spam, thirst traps, and stolen memes, the egg became popular by straightforwardly asking for likes and nothing else. It is absurd. It is delightful. It feels righteous, charitable even, to help these accounts amass larger online followings than those of world leaders or members of the Kardashian family.

Anything can be mapped onto the canvas of a blank brown egg, and so thousands of remixes have predictably been created that riff on the original. Ellen DeGeneres, for her part, put Kylie Jenner’s face on the egg on Monday, in the hopes that by putting them together, she can attract more engagement than the two most popular Instagram posts combined.

Why did this egg take off where others have failed, that’s not clear. But the creator is clearly familiar with some of the engines of online fame. They tagged a number of people and publications that regularly cover viral memes like LADBible, Mashable, BuzzFeed, the Daily Mail, and YouTube star PewDiePie in the egg photo itself. Once the account took off, they began to sell “official” merchandise, including T-shirts that say “I LIKED THE EGG,” which go for $19.50. A request for comment sent to the email listed on the egg’s Instagram page went unanswered.

The account behind the egg, which has nearly 6 million followers, is also an incredibly valuable marketing vehicle. Brands could spend thousands of dollars to advertise with it, according to sources in the influencer marketing industry who spoke with Recode. When the egg goes out of style, its creator could also sell the account or pivot to sharing another type of content with the massive audience they’ve already attracted.

The egg’s creator may instead simply continue to try to profit off the popular meme, as other viral food sensations have before them. In 2014, after Zack Brown went viral for raising more than $55,000 on Kickstarter to make potato salad, he threw a potato-themed party and two years later released a potato salad cookbook. Carter Wilkerson—the teen who became famous in 2017 after Wendy’s promised a year of free chicken nuggets if he achieved 18 million retweets—went on to sell nugget-themed apparel for charity. Max Miller, the guy behind the half onion, also sells merchandise and claims a portion of sales are donated to charity too.

But it’s not just the egg that’s benefitting from its own viral fame. Hordes of copycat accounts have sprung up on Instagram with usernames like “_eggsviral,” which have amassed thousands of followers who may have thought they had found the real deal. Once a new meme replaces the egg, these copycat accounts can change their names and post something new to their audience. Other accounts that predate the egg are practicing what has been dubbed “keyword squatting,” changing their name to match the latest news story or viral fad. For example, one account, with the cynical username “wantedviews” changed its display name to “world_record_egg.” Many of the impostor accounts are using the same egg stock photo as their profile image.

SEE ALSO : EXCLUSIVE : Top mistakes you have definitely made on Chinese social media

The egg and other seemingly meaningless internet fads are beloved because they stand in contrast to the manicured, optimized content that often fills our social media feeds, especially from people like the Kardashians. It’s hilarious to give an uncooked omelette the same level of attention normally reserved for celebrities and politicians. But the egg is really just a mechanism of the same social media economy it feels like it’s mocking. 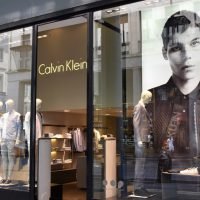