Selling, general, and administrative expenses, excluding the non-cash impact of goodwill and intangible asset impairment charges, long-lived asset or other finite-lived intangible asset impairment charges, were $27.3 million, or 73.9% of sales, compared to $41.6 million, or 45.1% of sales, in the second quarter of fiscal 2019. The decrease in SG&A dollars was primarily the result of lower payroll and compensation expense, reduced marketing spend, decreased depreciation and amortization expense due to previous impairments as well as the streamlining of other operating costs.

The company ended the quarter with 68 company-operated Vince and Rebecca Taylor stores, a net increase of 2 stores since the second quarter of fiscal 2019.

David Stefko, Interim Chief Executive Officer and Chief Financial Officer, commented, “Looking back on our second quarter results, we began to rebuild momentum at Vince, following the initial impact of the pandemic, as consumer buying shifted to ecommerce and stores slowly re-opened. eCommerce sales for the Vince Brand grew over 60%, driven by heightened promotions as we move through inventory as well as a positive response to our merchandise assortment as our casual luxury offerings across categories are well-suited for the stay-at-home lifestyle. We have reprioritized our growth strategies to align with the near-term environment with a focus on e-Commerce initiatives, maintaining our strong connection with our customers and expanding our reach through our direct-to-consumer and wholesale presence. For Rebecca Taylor, we are excited about the anticipation among our wholesale partners as we prepare to relaunch the brand and return to our elevated casual and feminine flirty roots.”

Mr. Stefko continued, “In terms of liquidity, we continued to execute cash savings strategies across expense, capital expenditure, and working capital areas to align with the recovery of the business. Overall, we remain optimistic about our long-term potential as we leverage our iconic brands to drive global sales growth and enhanced profitability.” 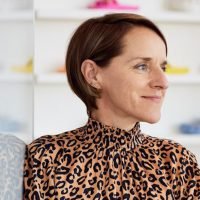 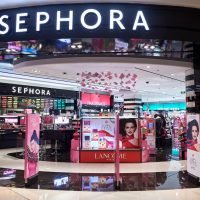