Yoga pants are the new denim.

Jean sales have fallen in the last few years as athleisure stole the denim’s spotlight shifting consumers’ preferences towards activewear. Indeed, jeans sales in the U.S. were $16.2 billion last year, a decrease from 2013, when the industry had $18.8 billion in total sales.

The trend has been reflected in VF Corporation’s business as its revenue from activewear grew 25%, compared to a 3% increase for its denim business, according to its most recent quarter.

Following this recent trend, clothing giant VF Corporation is planning to spin off its denim business to focus on its more promising outdoor and activewear brands. It seems to be a long-planned decision as the company diversified from denim brands over the past two decades. Indeed, we saw it acquire outdoor wear Timberland and shedding slower-growing business such as Seven for All Mankind, one of the first premium denim label.

Owner of over 30 brands such as Vans and Rock and Republic, the apparel and footwear company will spin out its denim brands into a separate publicly traded business. The two concerned denim brand are America’s most iconic brands Lee and Wrangler. The decision is still pending approval from the company’s board of directors but should it be validated, the transaction would be carried out early next year.

The spinoff is meant to let each business focus on its own strategy. The new denim company is set to be based in Greensboro, N.C., home of Wrangler. VF will trust Scott Baxter, now the Group President for Americas West, to lead the new denim business. Finally, shareholders of VF will receive stock in the company through a tax-free spinoff. 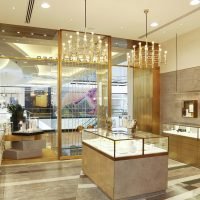 What to know about Monica Vinader's brand positioning
Next Article 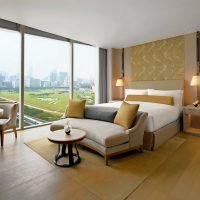