VF Corp. announces the name of its jeanswear business

Apparel giant VF Corp. (NYSE: VFC) announced that Kontoor Brands Inc. will be the name of the independent, publicly-traded company that will result from the separation of VF’s jeanswear division.

The separation is expected to be completed in the first half of 2019, and the new company will house the Wrangler, Lee and Rock & Republic brands, as well as the VF Outlet business. The jeans division accounted for $2.66 billion of VF’s total 2017 revenue of $11.8 billion.

Scott Baxter, head of the VF jeanswear division, will be the CEO of Kontoor Brands.

“This is an exciting next step in our work to establish our jeanswear organization as an independent, publicly-traded company. Kontoor Brands – a creative variation of the word ‘contour’ – is a compelling company name that will preserve each brand’s unique identity while also providing the opportunity to evolve the company in the years ahead,” said Steve Rendle, VF’s chairman, president and CEO.

VF Corp. announced in August that it would move its global headquarters from Greensboro to Denver. In November, VF announced that the spinoff jeanswear company will have its headquarters at 400 N. Elm St., the current home of the Wrangler brand. But certain functions will be moved into 43,000 square feet at Revolution Mill in Greensboro. 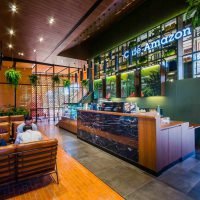 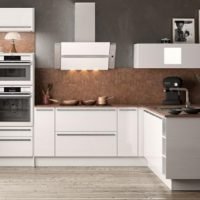