Wuhan, the city in the Chinese province of Hubei that is the epicentre of the coronavirus outbreak, has been under an unprecedented quarantine since January 23.
Roughly 9 million residents are currently trapped in the city, and about 5 million left before the lockdown began, according to Hubei officials cited by the South China Morning Post.

The lockdown started on January 23, with closures of airports and public transportation in Wuhan. Authorities then banned all private cars in the city’s downtown area on January 26, according to China’s state-run press agency, Xinhua.

The main mode of transmission of novel coronavirus is through respiratory droplets, the virus can also be transmitted through contact. Current information suggests that the incubation period ranges from 2-10 days but can be as long as 14 days. Here, a map to track the coronavirus worldwide.

While the WHO declares a global emergency, and countries issue travel ban from and to china, basic principles to reduce the general risk of transmission of acute respiratory infections include the following:

WHO does not recommend any specific health measures for travellers. In case of symptoms suggestive of respiratory illness either during or after travel, travellers are encouraged to seek medical attention and share their travel history with their healthcare provider.

In the meantime, countries all over the world issue travel ban from/to Mainland China, sometimes including Hong Kong and Macau.

In the past few hours, positive news about developments of vaccines and cures have been released together with warnings towards fake news spreading unnecessary panic and racism.

In Thailand and Russia are confident they have found a drug cocktail able to cure people who have contracted the virus, and Europe seems to be more relieved after the virus has been isolated

What are the latest retail news in Mainland China?
In Mainland China, companies have prolonged the Chinese New year holidays till 10th February 2020. This causes a global disruption in supply chain where in any sectors globally suppliers are mostly based in China.

Mainland Chinese mall landlords have moved to relieve the pressure on stores and restaurants brought on by the Wuhan coronavirus outbreak, by cutting rents and offering zero-rent periods. Also, because some stores have decided to shut down as a precautionary measure.

In the meantime, mall landlords have also donated money to non-profit groups and hospitals in Hubei province, the epicentre of the new epidemic.

Beijing-based Dalian Wanda Group has exempted all merchants at its Wanda Plazas from paying rent and property management fees for a month, from January 24 to February 25. According to mainland media, this could cost Wanda 3 billion yuan (US$432 million).

The immediate reaction of mainland Chinese mall landlords is now creating a situation of discontent as Hong Kong mall landlords have not been that understanding towards retailers during protests and even now.

Retail companies are adopting flexible working hours for offices with guidelines which do not allow employees who have visited Mainland to go to office for 14 days. Stores remain open with adjustments to opening hours.

During the weekend, expats still populated SOHO, where restaurants and bars does not seem to be affected at the moment in the area. Different is the situation in Tsim Sha Tsui, the area of the city where consumers are mainly tourists.

In Macau, similar safety measures and working guidelines have been adopted, while the number of cases registered is 8 as of today.

Some updates on the situation in APAC
In APAC, there are 90 cases across different countries as of today excluding Mainland China, HK, Macau, and Taiwan. Alert is high as in the rest of the world, and some companies have cancelled business trip in the region to limit their employees’ exposure to crowded airplanes and airports.

From a business perspective, tourism industry is the most affected because of the travel from/to China, and as a consequence retail will be impacted.

Global airport retail sales’ forecast is to reach $48.2bn in 2020, up 6.1% on 2019, but the escalation of the severity of coronavirus could now have a detrimental impact on airport passenger numbers – causing concern for airport operators and retailers.

Asia Pacific is forecast to be the fastest performing region for airport retail spend in 2020, with sales rising 8.4% to $21.7bn – 45.1% of the global channel. While this recent outbreak cannot yet be compared to the impact of SARS, if the coronavirus continues to spread globally over the course of 2020 its impact on tourism and economies, particularly across APAC, could be severe

The prevention of travel for Chinese consumers will impact the performance of airport retail worldwide. Over the last few years airport retailers, especially those in Europe, have tailored their propositions, integrated Chinese payment solutions and invested in Mandarin-speaking staff to target Chinese passengers and maximize sales growth opportunities. If outbound tourism from China suffers as a result of coronavirus, airport operators and retailers must adapt their strategies to target other passengers.

The 2020 Olympic Games in Tokyo should provide a significant boost to airport retail in Japan, but also neighbouring countries as visitors tour the APAC region. As seen with previous Olympics, we would also expect to see a halo effect with 2021 and 2022 also benefiting from the games. However, controlling the spread and severity of coronavirus over the next two months is vital to ensure this event will still attract international visitors and achieve the forecasts produced pre-breakout.

The recommendation is to read news from official sources, to avoid the spread of inaccurate information. 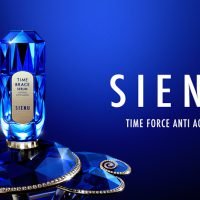