The UK’s Department for International Trade (DIT) launched the start of Great British Design, a year-long programme of events that will showcase the UK’s exceptional talents and expertise in design and increase creative collaboration with Hong Kong, bolstered by the largest ever delegation of British designers to visit Hong Kong.

The pinnacle of the campaign will be Business of Design Week (BODW), Asia’s premier design event organised by the Hong Kong Design Centre, for which the UK has been named official Partner Country.

As part of BODW, British architects Aedas unveiled their design for the 1,000m² pavilion which will act as the centrepiece of the Partner Country collaboration, inspired by the geography of the UK.

This delegation will be activated throughout a year-long, top-calibre programme of citywide events, discussions, demonstrations and interactive experiences, where Great British Design will investigate how design and design thinking will affect how we work, live, play and learn in the future. Through these four thematic pillars, Great British Design will grapple with the biggest issues facing tomorrow’s world, including: how technology has created new business models, industries and behaviour; what projected levels of urbanisation will mean for the way we live; how issues of sustainability and a growing number of discerning consumers will affect travel and consumption; and how academic research can help leading design industries gain a competitive edge for tomorrow. The 2019 events programme will also include a pop-up exhibition at PMQ and international exchange between UK and local design schools.

To coincide with the launch of Great British Design, British architects Aedas, unveiled the designs for a 1,000m² space to be constructed at DesignInspire, a partnering event of BODW, to showcase UK industries and brands. Aedas are the creative minds behind the multi-award-winning Hong Kong International Airport Midfield and North Satellite Concourses, as well as West Kowloon Station which provides high-speed transport links between Hong Kong and Mainland China.

Aedas’ concept for the British pavilion represents a ‘blend of science and nature’; the roof evokes waves, wind and sails, all of which represent the UK’s deep relationship with the sea as an island nation, and its historic use of its waters as a passage to connect with the rest of the world.

Paul McComb, Director General Trade & Investment at Department for International Trade, said that “The UK’s creative economy is one of the most powerful in the world, and collaboration plays a crucial role to its continued growth. I am excited about a year-long idea exchange between the UK and Hong Kong, which will boost opportunities for UK business while at the same time enhance Hong Kong’s position as a leading global creative hub.”

The UK and Hong Kong are both leaders in the fields of design, and strengthening ties and will offer mutual economic and cultural benefits: the UK’s creative economy has consistently been the fastest growing sector in the UK for two decades, delivering over GBP 100 billion to the economy, while Hong Kong’s cultural and creative industries have been valued at USD 110 billion, representing around 4.5% of Hong Kong’s Gross Domestic Product (GDP). 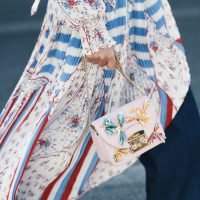