According to a new report by JLL Retail, Tommy Hilfiger tops the list of brands with stores in the most international markets, followed by Levi’s, Nike and Hugo Boss.

The study, “Destination Retail,” analysed the top 240 international brands’ presence in 140 key cities, which combined account for 36 percent of the world’s GDP and more than $15 trillion of sales.

JLL ranked brands not by total store count, but rather by highest retail penetration globally. “The way we rank retailers is by the number of stores they have in the top 140 markets,” said Naveen Jaggi, JLL president of retail brokerage, adding that the retailers at the top of the list “are opening stores in all of the top global gateway cities.”

The city with the most international nameplates is Tokyo, with 44 percent; Hong Kong, 40 percent; Shanghai, 39 percent; Beijing and New York, 38 percent each; London and Paris, 37 percent each; Kuwait City, 36 percent, and Dubai, 35 percent. Stadium Goods teams up with Tmall to sell sneakers
Next Article 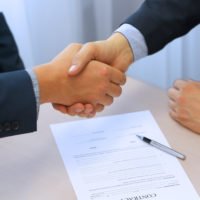