TMIC has formed an alliance with 10 market research firms, including Nielsen, Ipsos, Kantar TNS, GFK, Euromonitor International and AdMaster. The companies will open up specialized analytics and research methodologies to one another to drive richer and more-precise consumer insights, shortening the time and costs required for brands to incubate new products, TMIC said in a statement.

“Product development is critical for the consumer goods sector, where the success of a new product can mean a greater win for the respective brand or category. For most leaders in the field, when it comes to their annual strategic product launches, failure is not an option. They need to hit targets,” said Liu Bo, president of Tmall Marketing and Operations.

Launched in April last year, TMIC offers brands on Tmall with a unique end-to-end solution for product creation — from market research and design to product testing and marketing — tailored specifically to the Chinese market.

So far, Procter & Gamble, Unilever, Estee Lauder, Shiseido, Mars, Mattel, Johnson & Johnson, L’Oreal and Samsung are among the 81 companies to partner with TMIC on new product innovations. Partnering brands have already debuted about 300 incubated products to date, many of which took less than six months to bring from concept to market, significantly speeding up development cycles compared to the typical 18 to 24 months, Tmall said. As an example, Mars, Inc. worked with TMIC to develop a new chili-infused Snickers bar to appeal to China’s spice-craving consumers.

“Alibaba owns the largest B2C and C2C platforms, with more than 600 million users shopping on its sites, as well as a dynamic pool of geographical, on-demand delivery and logistics analytics,” said Hong, adding that combined with Nielsen’s insights into China’s brick-and-mortar channels, thanks to an expansive partnership network that covers about 70% of China’s retailers, the two can obtain “product innovation insights that span all channels, old and new.”

“This is a huge breakthrough for us,” he added.

Admaster CEO Calvin Chan says the firm has leveraged TMIC to help its client Nike gauge how advertising on various platforms translates to revenue, such as how short video platforms connect to sales conversion, page views and add-to-cart rates. In the future, Chan hopes to collaborate further to improve ad performance, including through accessing insights into the competitive landscape and to determining the optimal number of times to expose consumers to ads.

“Frequency [or how many times consumer sees an ad] is important. A lot of clients look to us precisely to help them find the most effective frequency levels for their campaigns,” said Chan.

From Concept to Market

Leveraging insights from Alibaba’s over 600 million users, L’Oreal and TMIC in September released a white paper on the male beauty sector in China. At the same time, the China division of the world’s largest cosmetics group launched an online-to-offline campaign, “Super U Carnival,” targeted towards five types of male consumers highlighted in the report, from early twenty-somethings who want only men’s-specific products to more professional thirty-somethings more focused on personal care than appearance.

During the week-long campaign, L’Oreal distributed nearly a million samples to potential customers online, as well as offline, as it rolled out Tmall’s scan-to-pay sample vending machines at university campuses and shopping centers nationwide.

“For brands, TMIC is not only an important, but also irreplaceable platform for us,” said Connie Tao, director of consumer and market intelligence at L’Oreal China. “We have a common goal: data enablement…to take analytics and consumer insights, and applying that commercially and maximizing value.”

“We hope our collaboration with TMIC goes beyond incubating new products together, but also to drive innovation for our brands in both product marketing and New Retail experiences. TMIC and Tmall can help us achieve that,” said Tao.

In other projects, TMIC might take a deeper involvement in the design process. In September, TMIC and Tmall’s watch division generated a detailed report on China’s fast-growing wristwatch market, and based on the report’s findings, invited 50 young designers within Alibaba’s ecosystem to create 600 designs, among which 50 were selected for concept-testing with a small group of shoppers.

The 17 designs selected in the end are being produced by 10 Chinese watch brands — including Wussa, Geya and Jonas & Verus — all slated to launch during the upcoming 11.11 Global Shopping Festival, said Tmall.

While on one hand, Tmall is offering TMIC’s solutions to help brands strengthen their product innovation pipelines, the platform is also positioning itself as a prime marketing destination for debuting new products the brands developed on their own. Last year, about 12 million products made their China debut on Tmall. And by the end of 2018, it expects to host at least another 20 million launches.

Iconic jewelry house Tiffany & Co. and Moncler are among the brands that made product debuts on Tmall as of late, with Tiffany launching its ”Tiffany Paper Flowers“ collection in August and the Italian-based apparel label in September releasing its latest “Moncler Genius” line on the Tmall Luxury Pavilion, the site’s dedicated luxury shopping platform. According to Tmall, on average about 3,000 products make their debut on the site per day.

Tmall shoppers were also some of the first to purchase Apple’s new iPhone XS and iPhone XS last month. Within the first 29 minutes, sales beat the single-day sales the brand generated on Tmall during its previous smartphone launch last year. 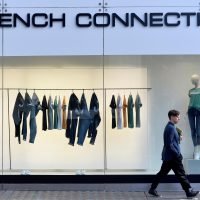 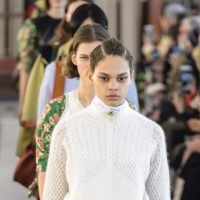