Tiffany & Co. announced that the company’s stockholders voted to approve the adoption of the previously announced Agreement and Plan of Merger, dated as of 24th November, 2019, with the LVMH Group.

Also at the meeting, the company’s stockholders approved, by non-binding, advisory vote, certain compensation arrangements for the company’s named executive officers in connection with the merger.

In addition, Tiffany & Co. announced that the applicable waiting period under the Hart-Scott-Rodino Antitrust Improvements Act of 1976 (as amended, and all rules and regulations promulgated thereunder, collectively, the “HSR Act”) in connection with the merger for U.S. antitrust purposes expired as of 3rd February, 2020.

The Merger Agreement approval and expiration of the HSR Act waiting period satisfy certain conditions to the closing of the pending acquisition. LVMH is not required to hold a vote of its stockholders to approve the Merger Agreement.

Tiffany & Co. anticipates that the merger will be completed in the middle of 2020, subject to the satisfaction or waiver of the remaining customary conditions to closing, including among other things, receipt of other required regulatory approvals. 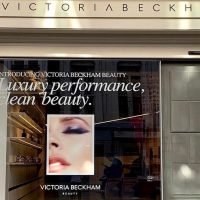