Swire Properties announced that it will collaborate with its long-term partner, Sino-Ocean Group, to develop an extension of INDIGO, Beijing, on a site adjacent to the existing development.

The milestone was announced after the two companies were notified of the success of the joint bid at a listing-for-sale (by way of capital contributions) to acquire 99.79% of the equity interest in a company (“Project Company”) which holds two land parcels with a site area of approximately 44,300 sqm and 34,000 sqm, respectively, located to the east of Jiuxianqiao Road, in the Jiangtai Township of Chaoyang District, Beijing.

The two land parcels, which are located adjacent to the current INDIGO project, will be developed as an office-led, mixed-use extension of the existing development with an expected total gross floor area of approximately 393,550 sqm (excluding car parks), and will comprise a shopping mall, office towers and a hotel. The total investment for this new development is expected to be US$3.5 billion.

Swire Properties and Sino-Ocean Group will have a 35% and 64.79% interest in this new development, respectively. Since its opening in 2012, INDIGO, Swire Properties’ second venture in Beijing’s property market following Taikoo Li Sanlitun, has successfully transformed the surrounding neighbourhood of Jiangtai and become one of Beijing’s most sought-after leisure and business destinations.

“Our 13-year partnership with Swire Properties has allowed us to leverage our close collaboration and expertise to develop many renowned commercial projects as well as city landmarks in the Chinese mainland,” said Li Ming, Chairman of the Board and Chief Executive Officer of Sino-Ocean Group.

“As part of our strategic vision, Sino-Ocean Group aspires to be the creator of ‘building health and creating social value’. Creating a premium urban environment and shaping the future landscape for the communities we serve has always been our long-term mission. We look forward to collaborating with Swire Properties to create an exciting new chapter for INDIGO, and for the city of Beijing,” continued Li Ming.

“INDIGO is one of our earliest success stories in the Chinese mainland and a perfect example of our ability to transform a neighborhood, with our expertise in identifying and developing world-class mixed-use projects,” said Guy Bradley, Chief Executive of Swire Properties.

“After a challenging year, we are pleased to be able to help contribute to the rapid recovery of the Chinese mainland. This fully testifies to Swire Properties’ strong confidence in and long-term commitment to the Chinese mainland, as we further expand our presence in the capital with this major investment. Together with our partner Sino-Ocean Group, we’re very excited to get this milestone project off the ground,” continued Guy.

SEE ALSO : PALACE and MOSCHINO collaborate for a capsule collection

Chaoyang District serves a significant function as part of the capital, and Jiangtai, situated at the heart of the district, has become an area of increasing strategic importance in northeast Beijing as envisioned by the city’s Urban Master Plan for 2016 to 2035.

Besides being directly connected to Line 14 of the Beijing Subway, INDIGO is located in close proximity to the S12 Airport Expressway, as well as the Beijing Chaoyang Railway Station on the new Beijing-Shenyang high-speed railway line, which connects Beijing with the northeastern provinces. Best Performing Brands to Watch in 2021
Next Article 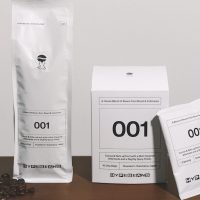