The company’s net profit reached US$29.7 million in the January to March period, up 77.8 percent from a year earlier, according to quarterly earnings reports released by Emart, Korea’s biggest discount store chain operator.

Sales rose 15 percent on-year to US$464 million, and its operating profit surged 73 percent to US$40.2 billion over the cited period.

An increase in mobile orders and drive-through stores contributed to the sales hike, a company official said, adding that the quarterly earnings also increased due to a lower base effect last year.

Korea has undergone multiple waves of the new coronavirus since the first local outbreak in January 2020. In the first quarter last year, large cafes were ordered to close before 9 p.m. 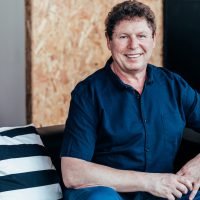 Interview with IKEA India: localizing the sustainability strategy
Next Article