Starbucks is now a public space

You no longer have to buy a coffee to use Starbucks’ bathroom or plug in your laptop for an afternoon of web browsing, but that doesn’t mean you can camp out for a nap or bring alcohol into the cafes.

Starbucks has been updating its guest policy in the wake of public outcry over the arrest of two black men in a Philadelphia cafe.

“Any person who enters our spaces, including patios, cafes and restrooms, regardless of whether they make a purchase, is considered a customer,” the company said in a statement last week.

However, Starbucks’ decision to open up its doors and patios to nonpaying customers drew complaints that Starbucks stores would turn into havens for drug users and the homeless.

While some have praised the coffee giant for its more open policy, others have used it to poke fun at the company. On Twitter, some users joked about Starbucks becoming free offices for freelancers, homeless shelters and drug dens.

The coffee giant has since clarified its policy, telling The Wall Street Journal that employees have been instructed on how to deal with people who are being disruptive, smoking or using drugs and alcohol or sleeping inside the cafes.

“We want our stores to be the third place, a warm and welcoming environment where customers can gather and connect,” the company said in a statement. “When using a Starbucks space, we respectfully request that customers behave in a manner that maintains a warm and welcoming environment by: using spaces as intended, being considerate of others, communicating with respect [and] acting responsibly.”

Starbucks said employees should contact the police if a situation “presents immediate danger” and can request that a customer be prohibited from returning to Starbucks stores.

The policy change, which was first announced last week, comes as Starbucks gears up for its nationwide racial-bias education program on May 29. The company will close all of its 8,000 company-owned restaurants in the U.S. during the afternoon to address implicit bias, promote inclusion and help prevent discrimination. 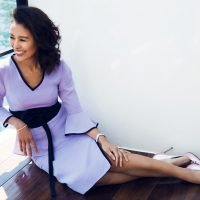 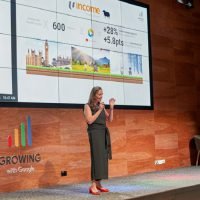