South Korean social media has been awash with calls for a boycott of Japanese goods ever since Tokyo announced a curb on exports of hi-tech materials to its East Asian neighbour earlier in July, 2019.

“Boycott” remained the top tending keyword on Twitter in South Korea, with hashtags like #BoycottJapan calling on the nation’s consumers to stop buying Japanese-made products and engaging with Japanese brands.

A survey of 501 people carried out by Korean research firm Realmeter on July 11 found that seven out of 10 respondents said they would join a boycott of Japanese goods.

But in an era of globalised businesses and transnational brands, determining where a product originates or a company’s national identity is easier said than done – leading to confusion over what, exactly, consumers should be boycotting.

A common refrain, as expressed by 21-year-old university student Kim Dae-young, is “if it sounds Japanese, it is probably Japanese”. Yet the truth of the matter is not so simple. 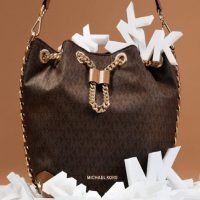