Luxury fashion house Sonia Rykiel has filed for court protection as it seeks a buyer for the struggling French business.

Sonia Rykiel’s owner First Heritage Brands, which acquired the Parisian brand in 2012, filed for administration with a French court on April 30.

Investment bank Compagnie Financière Edmond de Rothschild has been entrusted by First Heritage Brands, which also owns Clergerie and Delvaux, to find investor or buyer for the womenswear label.

Under this latest agreement, First Heritage will consider offers for Sonia Rykiel and has until May 31 to decide.

The sale has been entrusted to two court-appointed receivers, Hélène Bourbouloux and Joanna Rousselet, who will prioritise bids that are financially robust and offer assurances in terms of employment protection, according to French media.

It is understood that the label has enough funds to operate until the end of June.

Founded in 1968 by Sonia Rykiel, who passed away in 2016, Sonia Rykiel boasts 178 employees, of which 150 are located inside its Paris headquarters. The brand’s U.S. subsidiary closed down in March, which has seen the label’s U.S. and UK stores also shutter. Today, Sonia Rykiel still operates 15 stores, and counts around 200 points of sale worldwide, with partners including Lane Crawford and Net-A-Porter.

The Fung family founded First Heritage Brands with Jean-Marc Loubier, the group’s director, and Singaporean investment fund Temasek. Since 2012, the company has made several attempts to relaunch the label, by restructuring the organisation in 2016 and then investing 10 million euros in events marking the house’s 50th anniversary more recently, in 2018. 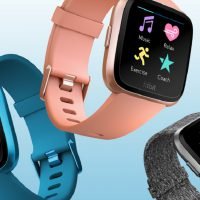