Singapore is the world’s most competitive economy

Singapore leapfrogged Hong Kong and the U.S. to take the top spot among the world’s most competitive economies for the first time in nine years.

The city state’s advanced technological infrastructure, availability of skilled workers, favorable immigration laws, and efficiency for starting businesses supported its rise to the No. 1 spot, the Switzerland-based IMD Business School said in its annual rankings.

Asia-Pacific economies performed particularly well, with 11 of 14 in the region either improving or maintaining their rankings. Hong Kong was credited with a “benign tax and business policy environment” and access to business finance.

“In a year of high uncertainty in global markets due to rapid changes in the international political landscape as well as trade relations, the quality of institutions seem to be the unifying element for increasing prosperity,” Arturo Bris, director of the IMD World Competitiveness Center that compiles the ranking, said in a statement.

The rankings, which started in 1989, assess 63 economies on 235 indicators. The gauges include hard data such as unemployment, economic growth and government spending on health and education, as well as soft data from a survey of international business executives on topics such as social cohesion, globalization, and corruption. The economies were judged in four categories: economic performance, infrastructure, government efficiency and business efficiency.

Indonesia was a standout in the Asia-Pacific’s solid showing. Southeast Asia’s biggest economy was “most improved” in the region as it surged 11 spots to No. 32 on greater efficiency in government and better infrastructure and business conditions.

Thailand jumped five places to No. 25, thanks to a boost to foreign direct investment and productivity.

The U.K. fell to No. 23 from No. 20 last year, which IMD attributed to Brexit uncertainties. Norway dropped out of the top 10, and Denmark and the Netherlands each dropped two spots while holding onto top-10 status. Ireland advanced five spots to No. 7 while Switzerland improved by one to remain the most competitive European economy.

Elsewhere, Saudi Arabia made its mark as the biggest climber in the 2019 tally, advancing 13 places to No. 26 on strong investment in education. Embattled Venezuela, by a long shot, finished in last place. 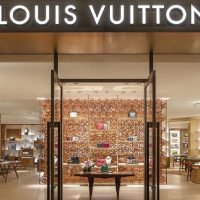 Is Louis Vuitton the most valuable luxury brand?